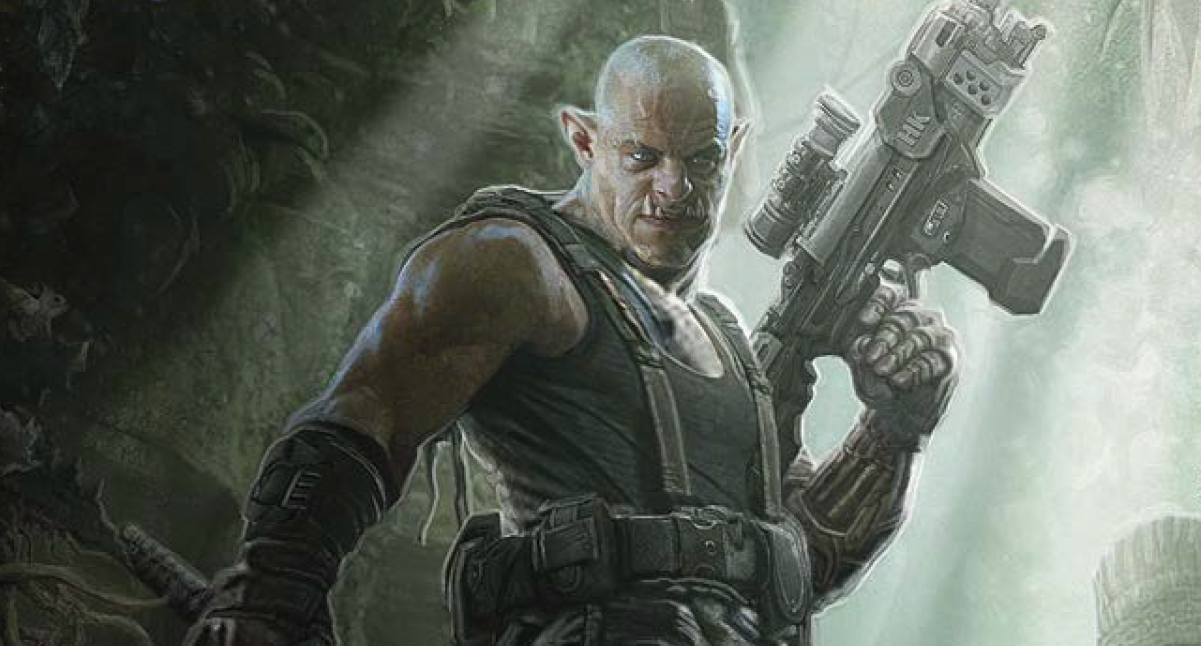 Shadowrun: Anarchy is the game I have been waiting for since I first played Shadowrun 1st Edition back in the 1990s. Anarchy is an alternate ruleset for 5th Edition Shadowrun which allows a more streamlined, narrativist approach to the fantasy cyberpunk game. By the way, this is not supposed to be a review. It’s just me sharing my thoughts with a bit of praise and some ranting thrown in for good measure. You have been warned!

Even though the rules have a certain Shadowrun feel to them, Anarchy uses a totally different ruleset based on Catalyst Game Labs’ Cue System. You still roll buckets of six-sided dice and all the Shadowrun tropes are still around, but things have been simplified a lot. 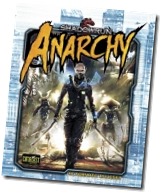 Everything which makes your character special like spells, cyberware, cyberdecks, etc. are now called Shadow Amps. Characters have only a few skills and just a handful of weapons. Gone are the days where you tracked dozens of various implants, or when you had to keep track of multiple kinds of ammunition. Even money is gone. Mr. Johnson pays you in Karma. Yes, that’s no joke. Armor now works like additional hitpoints. If you are a hardcore Shadowrun nerd who thrives on all the teeny tiny details, you might not enjoy Anarchy. But if you prefer rules-light games, you should give Anarchy a chance. 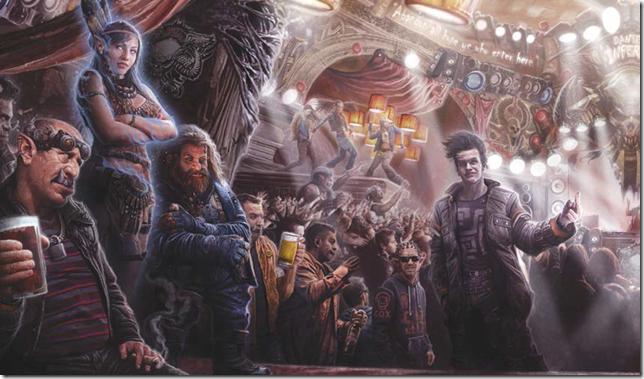 Anarchy also allows for a more narrative approach than regular Shadowrun. The GM starts the narration by setting the scene and then each of the players is then allowed to narrate their character’s actions. By using Plot Points players can change the order in which people narrate. If that’s too new-fangled for your tastes, you can also run it in a more classic way. 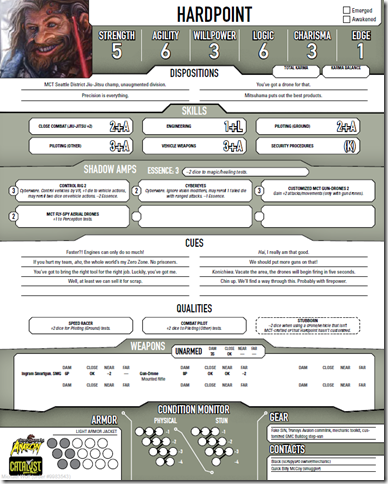 This is actually what I am doing when I run Shadowrun: Anarchy for a group of friends this Saturday. I have to admit I am not completely with shared narration as used in Cue System games yet, and especially with players who are not well versed in Shadowrun lore, a more traditional approach should be easier.

Overall I am quite happy with how Anarchy has turned out. I often have looked for alternative rule systems to run games in the Shadowrun world, but no other game managed to capture that special Shadowrun feel. Anarchy does this perfectly and the included conversion rules make it easy to use the material created for the 5th Edition.

The highlight of the game are definitely the 30 (yes, thirty!) included pregenerated characters including an Ork rockstar and a Troll face. They also included about fourty Contact Briefs which are basically adventure outlines you can use to run an adventure with minimal preparation. Layout and artwork are definitely on par with what you’ve got to expect from Shadowrun products. Unfortunately it’s not all gold that glitters…

But Anarchy has also a slew of problems. While reading the book you immediately get the impression that Anarchy has been rushed out of the door. A lot of the rules are explained badly, the number of available Shadow Amps is too small in my opinion and if you don’t know Shadowrun already, you will feel lost and overwhelmed all the time. Vehicles, drones, cyberdecks, weapons, etc. are not described properly or at all. 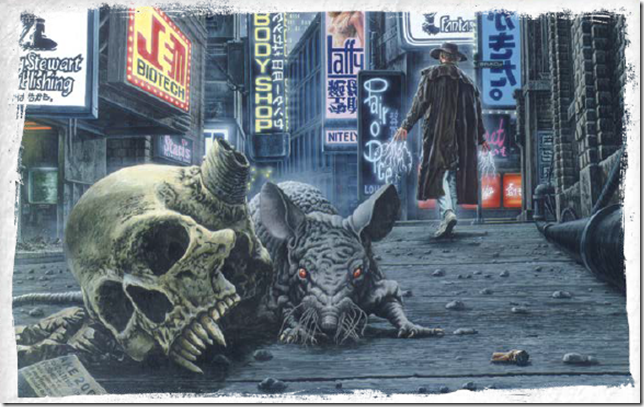 The book also contains a list of standard threats, but again the list is way too short and again descriptions are lacking. And don’t get me started on the sad state the PDF was in at release. Luckily most of the issues have been fixed since then, but the game still needs some work if you ask me. Unfortunately Catalyst Game Labs doesn’t seem interested in support this book any further. I guess they don’t want to have two Shadowrun lines cannibalizing each other’s sales.

Shadowrun: Anarchy would have been a much better game if Catalyst Game Labs had done more playtesting, better editing, instead of rushing out an unfinished game. But even though it feels unfinished and incomplete at times, it should work fine if the GM puts some additional work and effort into it. If you are not afraid to make rulings when needed, things should be fine.

What are your thoughts on Anarchy? Do you like it better than traditional SR rulesets even with all its shortcomings? Please share your comments below.