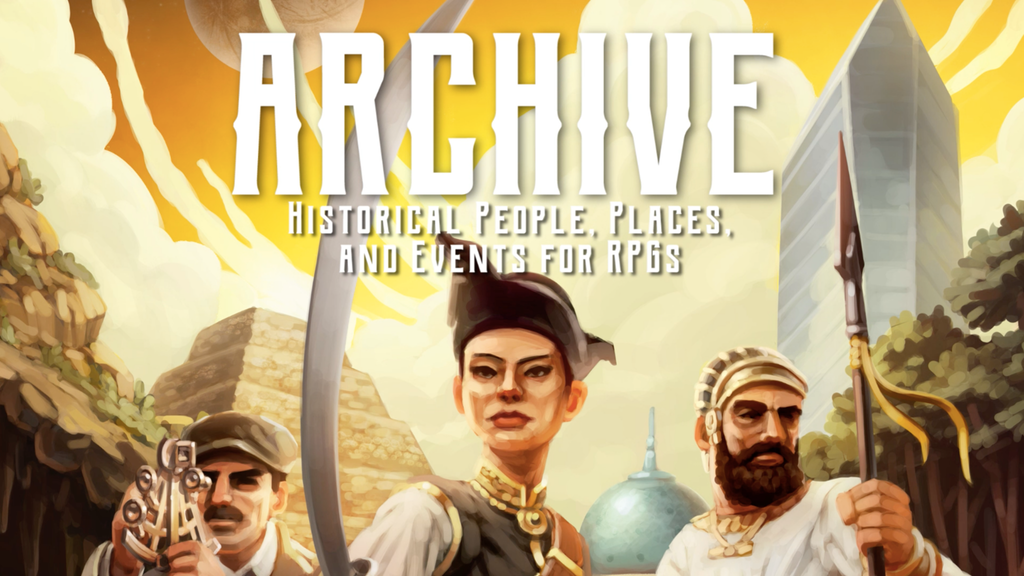 Recently Tristran Zimmermann got in touch with me and let me know about his awesome new Kickstarter project: “Archive: Historical People, Places, and Events for RPGs”. The book is already written, laid out and ready to print, they are basically looking for money to fund a first print-run.

So what is Archive all about? As the name implies it’s a sourcebook for the real world, it’s places, important persons, its history. You can use it to do some research for your game set in the real world or read it as a history book. By the way, it’s a follow-up of a book he kickstarted five years ago: “The GM’s Real-World Reference“, which is available on DriveThruRPG right now. So if you are intrigued by Archive, I recommend checking it out as well.

Of course it doesn’t cover everything, but it’s a collection of articles on various persons, places and events in real-world history. In the pages of Archive you find information on the Dartmoor, the Jakarta slums, the Hinterkaifeck Murders, and Omar al-Bashir, just to name a few. I had the chance to look at an advance copy and it looks just awesome! Each article not only gives you dry facts, but also provides you with tips on how to use the event, person, or place in question in your game. The book’s layout is simple, clean and spiced up with some gorgeous photos.

If you’re a history buff, or someone running a game set in the modern world (or its history), you definitely should check Tristran’s Kickstarter out!

The Tale of Lancaster’s Folly