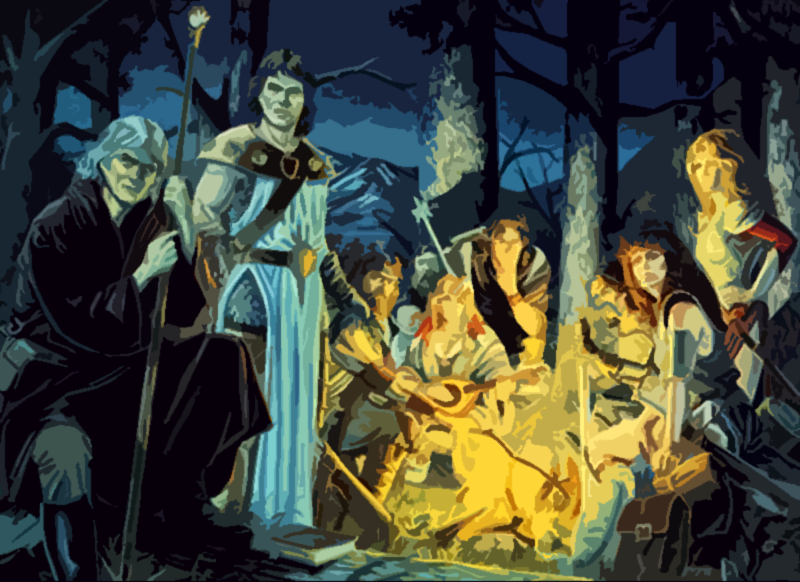 The roleplaying games hobby can be pretty frustrating at times, especially if you’re a game master. One issue I’ve had all my life is that I quickly burn out on the games I run. I lose interest or I inadvertently steer the campaign into a bad position which makes it extremely hard to fix it. The number of campaigns I’ve run into the ground is pretty staggering. Sometimes I wonder why my players keep coming back…

I’ve struggled with self-doubt a lot and it has currently reached a point where I am hesistant to offer anything to my players. I don’t want to disappoint them any more. A part of my problem is probably related to what I call GM attention deficit disorder. As soon as I start running game A I start thinking about how cool it would be to play game B. You can guess how things end.

Another part of the problem is that I often have phases when I am just too tired, too stressed to run a game properly. But in order not to skip a session I more often than not run the game anyway and make mistakes which quickly derail the campaign. Or at least that’s how it feels to me.

At the moment I think the best thing I can do is take another break. Not from roleplaying games in general but from being in the GM’s chair. This allows me to just play for a while without having a GM’s responsibility on my shoulders and it also gives other people in my group the opportunity to take over the GM’s mantle.

During this time I will probably continue to read many different games, think about the campaigns I could run, but I won’t make concrete plans or something like that. At this moment being a GM doesn’t make me happy and that’s actually the only way how you can play roleplaying games wrongly. If you’re not having fun, something’s amiss!