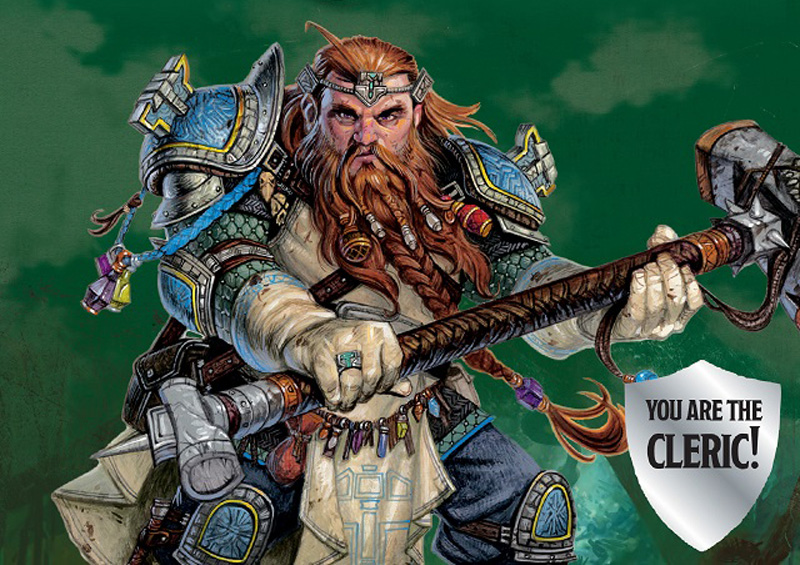 A while ago I read about the new Endless Quest books by Candlewick Press. They have been written by Matt Forbeck, are set into the Forgotten Realms, and in each book you can follow the adventures of a wizard, fighter, rogue, and cleric respectively in a “choose your own adventure” style. The reviews I’ve read are mostly positive.

But there’s one aspect that utterly surprised me: Endless Quest doesn’t use any random elements like combat, dice rolling, etc. but everything that happens is based on your choices. This might make it easier to tell a great story, but it is – at least in my opinion – a missed opportunity.

These books would have been perfect to introduce new players to D&D. Sure, they can already do that, since they are based on currently available D&D campaigns, but wouldn’t it be better, if they also introduced interested readers in a couple of D&D’s basic concepts? I could easily see a gamebook using a simplified version of the D&D mechanics. Adding random elements would perhaps also add to the replayability (or is it rereadability in this case?) of the books.

But aside from this minor gripe I am glad that this kind of adventure game books is making a comeback. I enjoyed them tremendously back in the day. I still have fond memories of playing the classics like Joe Dever’s Lone Wolf series, or Steve Jackson’s Starship Traveller. Recently I acquired a copy of the first book in the Fabled Lands series which I have heard good things about.

What are your thoughts on the matter? Have you actually read one of these new books and how did you like them? Did you miss random elements or do you think it’s great as it is? Please share your comments below!