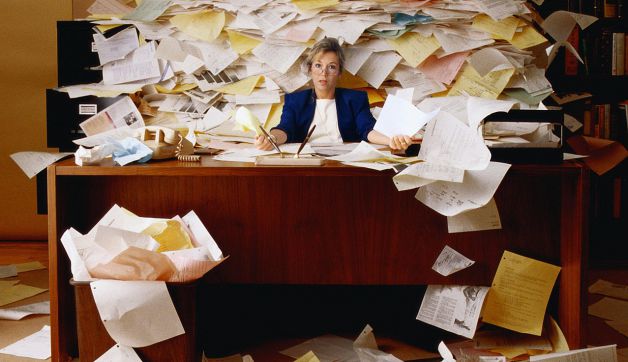 In my last post, here, I discussed serialising reviews. So in a ‘putting your money where your mouth is’ move I tried this for myself. Over on my own blog I have started a series of in depth looks at an existing game. My blog is all about Rolemaster and the new version of Rolemaster is approaching completion under the working title of Rolemaster Unified. Rolemaster Unified is generally referred to as RMU in Rolemaster circles.

The Rolemaster community is somewhat fragmented for a couple of reasons. The original version was MERP which morphed into 1st Edition and that evolved into 2nd Edition, generally referred to RM2. When the original publisher, ICE when bust the reborn company lost the rights to many bits of the game written by freelancers who had not been paid and that sort of messy stuff. So a new version of RM2 was released that was backwardly compatible and this was called Rolemaster Classic.

When RM2 was at its peak it turned into a sprawling system that had grown rather organically and with no clear structure. To resolve that a new version was released called Rolemaster Standard System or RMSS. When ICE got into trouble the rereleased version was called Rolemaster Fantasy Role Playing or RMFRP.

So already you can see there are loads of different names for what are essentially two very similar but parallel versions of Rolemaster.

The latest incarnation of the ICE brand want to only support a single version of Rolemaster. This makes producing supplements and companions easier and brings their market together. This is what the Unified in RMU stands for.

The publishers have also taken the opportunity to make the rules much more streamlined and reduce the number of tables in the game.

Some of these streamlining changes come from another game in the ICE stable is HARP, High Adventure Role Playing. HARP is often referred to a ‘lite’ version of Rolemaster but that does it an injustice.

So although HARP is not new most Rolemaster Players have not played HARP as it could be seen as a retrograde step from Rolemaster to HARP and most HARP players do not play Rolemaster as they can already have all the best elements of Rolemaster build into HARP.

Now though HARP is of interest as some of the best bits of HARP appear to have found their way into RMU.

So that is the rational behind doing a detailed read through of HARP as a series in a blog aimed at Rolemaster readers.

There are a few things I have learned doing this. Firstly, it is really popular. I have written four posts so far and between them they have garnered 33 comments. If we extrapolate that forward the entire project could easily have well over a hundred comments or more. There is no way that a traditional review would get that level of feedback.

Secondly, the original inspiration for this was the TakeOnRules blog review of Stars Without Number but that series seems to have faltered and failed. They were publishing just one chapter a month. I think this is too slow. It didn’t seem to have any real momentum. I have been publishing two a week so far and also mixing in other posts as well. Some people really are not interested in either RMU or HARP so a few other posts help keep them interested. It really doesn’t take that long to read a chapter or two of a rule book. It is not the same as reading a 300 page rule book and then just getting a single 600 word review from it. As we are really looking at the quality of writing, the game mechanics and how these related to Rolemaster and RMU I am reading eight to twenty pages and getting a 1000 word article from it. As a blogger this is much more efficient! That sounds callous but we are people too with jobs and lives beyond the blog. In a typical year I publish half a million words of unique content on the blog. If I had the wit and wherewithal to write a novel I could have shelves full of books by now!

Next, if this process was for a new game then you, the reader, could read as much as you liked around the new game. I reckon a new game review would probably run to something like 10 to 15 articles given the  ratio of reading to articles. Some games have huge lists of skills, spells, monsters or vehicles. We do not need to detail them all but rather just explain how they are handled and the scope of the options available. If I published two or three articles a week then that review would be at the top of the list of latest posts for a month or more. That is great exposure for the game producers.

I cannot see a downside to this and so far my followers seem to be liking the series. So looking at Michael’s last review of Stellar Adventures at the beginning he said “Only on a second look I realized that Stellar Adventures is actually a game based on Advanced Fighting Fantasy 2nd Edition, a roleplaying game inspired by the Fighting Fantasy game books of old.” If you don’t know Advanced Fighting Fantasy 2nd Edition then Michael could just as easily have expanded on what that really means in practical terms. Stellar Adventures is 10 chapters of which the second and third are Hero Creation and Rules of the Game after the obligatory introduction. Seeing detailed reviews of those two chapters as standalone articles I think would be really valuable. On the other hand the chapters on equipment, robots, vehicles and starships could possibly be rolled into a single post. I think the game could have a really in depth review in two weeks, which considering that Michael really rated the game would be great for Stellar Adventures and Arion Games.

I also think, more than ever, that this bridges the gap between the reviewing a game you have only read and having to play every game. So yes the game has only been read but as reviewer you are demonstrating your depth of understanding and with community feedback and questions even more detail can be added if people want to know more.

I defy any publisher or writer to complain about the review being shallow if it runs to 15,000 words or more and two weeks of questions and answers!