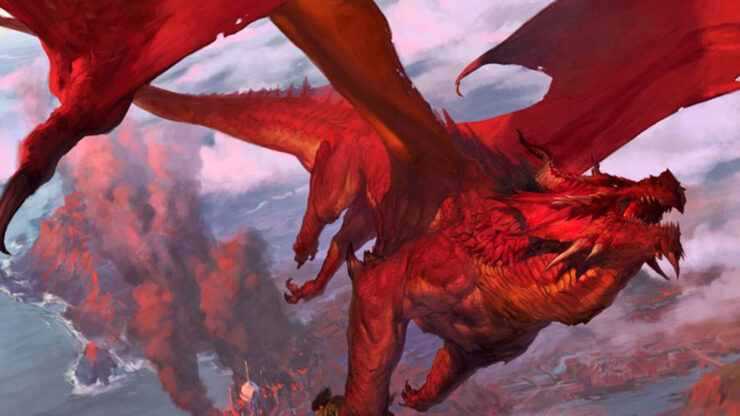 In the last couple of years I had to cope with mental health issues, a world-wide pandemic, and other life events that seriously messed with my ability to run roleplaying games. At this point I am making some major steps towards getting back into the GM’s chair. And since I don’t want to repeat the mistakes of the past, I’m trying to do things differently than usual. Let me share some of the things I did, perhaps they might be useful to you as well.

When I decided to run a D&D 5th Edition game, I approached a couple of good friends, people who I trust and who have always been supporting me. They might not necessarily be the most experienced roleplayers but I know they have my back and they have always been focused on making the game fun for everyone. They have always been the first cornerstone in my plan to overcome my crippling GM anxiety. With a couple of friends to support me, what could go wrong?

Back in the day I mostly improvised a lot of things on the spot. Unfortunately this only works when I am at the top of my game and this definitely isn’t the case at this point. Doing some prep also should help with feeling more confident. I started by looking for the perfect introductory adventure. At first I thought using one of the classic D&D adventures like “Keep on the Borderlands” would be nice, but there are a couple of issues with that idea. Most of these adventure modules from the times of yore haven’t really aged well and the way these old adventures have been written doesn’t really support the. I thought about getting Goodman Games’ Original Adventures Reincarnated, which are pretty cool if you are a D&D aficionado, but might fall flat if you are totally new to the game.

In the end I decided to just run the short adventure Matthew Colville created in a video of his “Running The Game” Youtube series. It’s easily dropped into any campaign world, short enough to be played in one session and has all the elements of a classic D&D adventure module: a tavern, goblins, traps, a lost tomb, a riddle and loot! It’s easy enough so I can keep the whole adventure memorized, but I also found a slightly fleshed-out version on the ‘net which I’ll make use of.

As a next step I used Fast Character to create about twenty characters for my players to pick from. There are all the usual suspects from a human barbarian to an elven ranger or a halfling rogue, but also a couple of more uncommon choices. If the one-shot is a success, I’d love to start a regular campaign, and if that happens there’s more than enough time for each player to create a custom character.

Plans for the future

If everything works more or less planned the one-shot will be followed by a proper campaign. At this moment I think playing once per month should work both for me an my players. I already have some ideas for a couple of campaign hooks, but I haven’t really made up my mind when it comes to a setting. Initially I wanted to create a setting from scratch. One the one hand, playing in one own’s homebrew setting can be very rewarding and a lot of fun. On the other hand creating a setting might easily become an overwhelming task. If there’s one thing I am trying to avoid at the moment it’s feeling overwhelmed. D&D 5th Edition’s version of the Forgotten Realms may work for me, though. It’s definitely one of the more iconic D&D settings. If I disregard all the material from older editions and the published adventures, there’s even not too much canon to consider.

There are two sources which I highly recommend if you are interested in running/preparing a D&D 5th edition campaign: the aforementioned “Running The Game” series by Matt Colville, and Michael E. Shea’s “Return of the Lazy Dungeon Master” and its companion book “The Lazy DM’s Workbook”. Even though I have over 20 years of experience as a GM there’s always room for improvement and who says an old dog can’t learn a few new tricks? 😉