I am looking for new and exciting games. A simple and cheap way to try out some new games or to at least broaden your horizon is to check RPGNow‘s free game downloads.

Labyrinth Lord (Link)
Labyrinth Lord is one of these new retro-clone games that try to emulate the classic D&D experience by using the OGL fantasy rules.

Enter a world filled with labyrinths, magic, and monsters! You can take the role of a cleric, dwarf, elf, fighter, halfling, magic-user, or thief on your quest for glory, treasure, and adventure! This is a complete role playing game. All you need are a few sheets of paper and some dice. Welcome back to a simpler old-school gaming experience. The Labyrinth Lord awaits your arrival. Can you survive the dangers of the labyrinth?

Another retro-clone (these are obviously very popular these days) is OSRIC. And OSRIC is not for the faint of heart. This PDF gives you over 400 pages of old-fashioned crunch for the grognard in all of us. 🙂

OSRIC is an OGL product, using OGC terms and algorithms from 1980s game systems, to recreate the “old-school feel” of 80s fantasy gaming. This product is meant primarily as a publisher resource for publishing products compatible with OSRIC, and thus other 80s game systems. However, this work is a great resource for players and game masters as well!

SLA Industries (Link)
SLA Industries was an urban horror game produced by Nightfall Games. When Cubicle 7 Entertainment took over, they released a free PDF version of the 1st edition rules in order to promote the coming 2nd edition. If you are a fan of the original SLA Industries or just interested in another take on the urban horror genre check this out.

Operative, Employee, Contract Killer, Necanthrope, Ebon, Biogenetic, Corporate. These are the lifestyles available to you when you enter SLA Industries’ World of Progress.

Society split between truth and deception, conflict and political subversion, style and horror. Television and Insanity. Fighting for your life as an oblivious public watches on, awaiting your last breath between the adverts.

The media channels all the young hopefuls into their vessels. Nihilism is a way of life. Strive for originality in a world of outrage and conformity and diversity. The different get noticed, the truly original survive.

Six o’clock horror, every hour on the hour. Halloween Jack claims another victim. Fifteen minutes of fame for the corpse. Don’t get famous like him. Change. Become. Evolve. This is the way forward.

The Big Picture rewards the loyal. Be true to yourself. Survive. The truth awaits the inquisitive.

Guns kill but so does the truth.

Tri-Stat dX (Link)
One of my most favorite games that I never played was “Big Eyes, Small Mouth” aka BESM. BESM is an anime roleplaying game, a RPG where you can play characters who feel like if they jumped out of your favorite anime or manga. But the Tri-Stat system was much more versatile than simulation japanese cartoon characters. So Guardians of Order released Tri-Stat dX, a core rule set, meant to drive any campaign you could dream of. The rules are pretty good but alas GoO closed its doors shortly before BESM 3rd Edition was released. 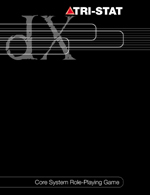 Widely regarded as one of the best rules-light role-playing game systems ever published (as presented in over a dozen RPGs), the Tri-Stat Systemis the ideal game engine for all your campaign needs. Featuring a scalable system, point-based character creation, and intuitive combat and task resolution, Tri-Stat dX: Core System is an inexpensive exploration into essential and advanced role-playing techniques and methods. It’s the only role-playing game you’ll ever need.

CJ Carrella’s WitchCraft (Link)
Witchcraft is a game of modern magic from EDEN Studios. They obviously have sold that game for $35.00 at one time, but now they are making it available for free. I haven’t had the time to read the rules and background completely but the artwork at least is worth the download. 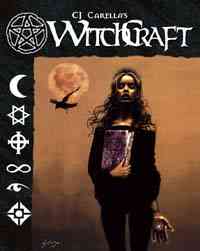 WitchCraft is a game of modern magic and dark secrets. Player characters are the Gifted. Feared for their unique powers, they have been hounded for centuries, and forced to practice their Arts in secret. The time for hiding is over. A Time of Reckoning draws near. It marks the end of an era and the beginning of a new one or the destruction of all things. The choices the Gifted make will determine what our future will be like.

WitchCraft is a complete roleplaying game, with rules to create Gifted and Mundane characters, an overview of a modern world beset by supernatural danger, and the Unisystem, a set of game mechanics that can use dice, cards or be completely story-driven to fit the needs and desires of your gaming group.

There are of course a lot more interesting freebies available at sites like RPGNow and the like. I just picked a few that seemed particularly interesting and well made. Did I miss anything that’s dear to your heart? Have you actually played one of those games and perhaps you can even share your thoughts? If so, please let your voices be heard in the comments.