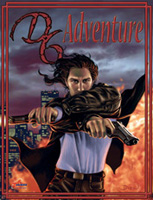 Do you remember West End Games? WEG was the company that brought us many successful roleplaying games including Paranoia and Star Wars. Star Wars used a very cinematic and easy to learn rules system: the D6 System. After WEG lost the Star Wars license, they released three D6 System core rule books: D6 Space, D6 Fantasy and D6 Adventure. Each book was written with one genre in mind, but the rules were compatible and gamemasters were able (if not encouraged) to mix and match rules from the three books. So, why should we bother about D6 anymore, when there are much bigger systems like D&D, GURPS, etc. still going strong? 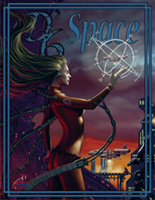 In December Eric Gibson, WEG’s current owner, announced that the D6 System is going to become OpenD6. OpenD6 will probably be released under a license similar to OGL but Eric (aka Hellsreach) also mentioned Creative Commons. And as you may guess that would be my favorite license.
He also plans to setup a special OpenD6 site, where anyone can download the SRD he needs. You just decide which rules you want to have included in your personal rulebook and the website creates a personalized version just for you.Gamers will also be able to upload their rules and modifications to the OpenD6 site, too, so that they are available to everyone else as well. And if this really 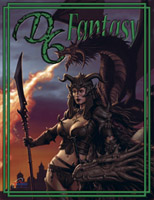 works out, the community should support something like this.

D6 has been created for the Ghostbusters RPG back in the day, but it has been successfully used in the Star Wars Roleplaying Game and quite a few other games. If you own at least one of the core rules you can easily play in any genre you want. Since D6 doesn’t use any levels or classes it can be easily modified without breaking the game. Although I like games like D&D a lot, I always considered classes problematic because they are often not easily modified for genres they were not designed for.

But the best argument for the D6 System is that it’s easy to learn and fast to play. At first D6 only uses six-sided dice, so you don’t need any fancy dice which makes it especially handy to introduce newcomers to roleplaying. Every attribute and skill is ranked by a die code like 3D+2 for example. To make a check on a skill ranked 3D+2 you have to roll three dice, sum up the result and add 2. This final result is then compared to a difficulty. If your result was equal or higher than the difficulty, you succeeded. You don’t need any more knowledge as a player to play any D6 game.

I’ve been playing a lot of Star Wars back in the day, when WEG still held the license. And now I am thinking about blowing off the dust from the D6 core books I bought a couple of years ago and use them for my next campaign.
By the way, if you want to discuss D6 further, you should check out the WEG Fan Forums (WEG’s owner is a regular poster there).

If you don’t own the D6 rules, yet, you can get them for $13 each at RPGNow. Or you order a printed copy directly from WEG.

I suck at running campaigns