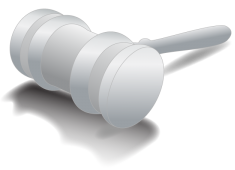 According to a post at ENWorld Wizards of the Coast has sent a Cease & Desist letter to 4epowercards.com. This time a site has been hit that offered power cards for 4E for free. Although I think that the law is on Wizard’s side, I am not happy about this development. I have actually never used 4epowercards but as far as I know it was a site by fans for fans and the people behind it were not interested in making a profit. And I don’t think that anyone can make use of mere power cards without actually having bought the D&D 4th Edition rulebooks.

The question is now: where will WotC draw the line? Who will they shut down next? And will it affect the RPG Bloggers Network and the RPG Blog Anthology? Quite a few people on the network are posting about D&D 4th Edition. We have seen new rules, rules variants, new items and even complete settings. Up until now I was pretty sure that they won’t go after us, but I am not so sure anymore. What about my own D&D 4th Edition Firearms post? Is it already a violation of Wizards’ rights or is it considered fair use?

Wizards of the Coast really should release the fan site policy and the revised GSL they have been talking about for months now. I can understand that they want to protect their IP, but what they are currently doing is just making the fans nervous. And nervous fans don’t promote a game for free or even decide to turn their back on the company they once supported.

Geek Related has two interesting posts on that topic: