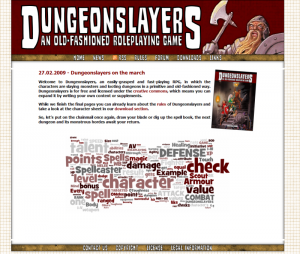 If you want to learn more about Dungeonslayers check out the site and join the discussions in the official forums!