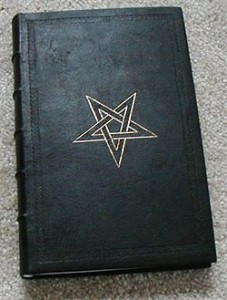 Some time ago I have told you about my plans to try out a solo game with my girlfriend. We pondered over the several types of game we could try and finally settled on a modern horror game.

I am currently working on some ideas for a nice background but it will probably heavily influenced by Call of Cthulhu without being a Mythos game per se. Another source that will have some influence on what I am planning is definitely Roman Polanski’s film “The Ninth Gate”. Like the protagonist of this movie, my girlfriend’s character will probably be a pretty normal person confronted with some supernatural mystery.

So, what system could be suitable for such a campaign? My first idea was using BRP or Call of Cthulhu (which uses a version of the BRP rules), but then I settled on FUDGE? Why FUDGE and not the currently more popular FATE? Although FATE has some very interesting aspects (haha, no pun intended), I prefer the somewhat more classical approach of FUDGE.

I am still in an early planning phase, so your thoughts are welcome. Have you ever tried running a horror/mystery campaign using FUDGE? As always I am looking forward to your comments.

By the way, while researching FUDGE I stumbled upon a couple useful articles, that I just have to share with you:

I won’t probably make use of all these resources but perhaps you find something that interests or inspires you.