Imagine you are running a D&D campaign for your friends based on J.R.R. Tolkien’s Lord of the Rings. It might look something like this: 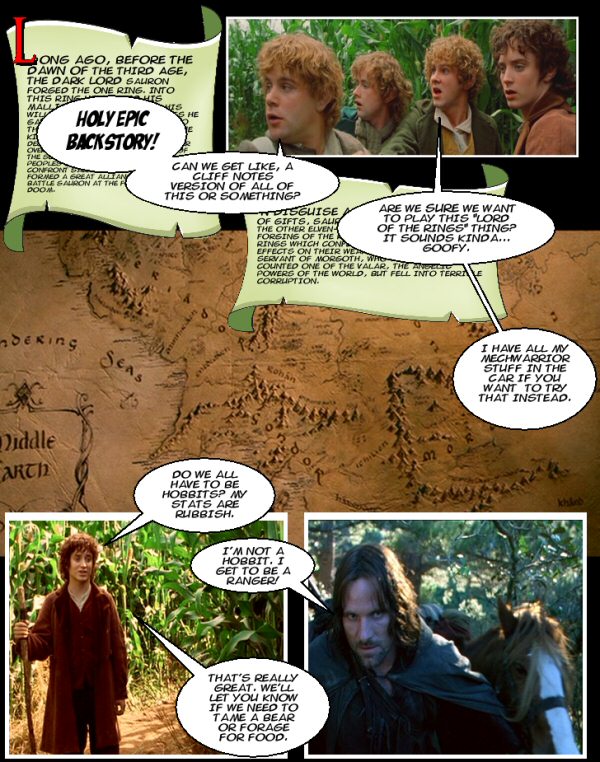 Today, while checking the latest posts on BoingBoing I stumbled upon the mention of this hilarious webcomic. If you are a fan of D&D and/or Tolkien’s work, you really should check this out, you’ll love it.