If you have been following Stargazer’s World for some time now, you probably already read a few reviews of music suitable for roleplaying sessions. Aside from various soundtracks there are a few musicians who are creating music especially with roleplaying in mind, one of those bands is Erdenstern.

The three German musicians Andreas Petersen, Eva-Maria Irek and Per Dittmann are currently working on their next album which will be called “Into The White”. Here’s what the official site tells us about Erdenstern’s upcoming CD: 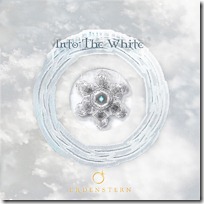 “Into The White” leads you far up north, through the austere lands of the tundra to the endless range of eternal ice. Amidst the cold and solitude, you meet the inhabitants of this hostile environment – proud warriors, simple fishermen, surreal figures and wild beasts. You will witness the intense and forbidding beauty of the scenery. You will explore mighty glacial caves, cross snow-covered plains, seek shelter from avalanches and blizzards. Lit by the magical northern lights, your expedition comes to a close.

And here’s a sample of what “Into The White” will have to offer. Enjoy!