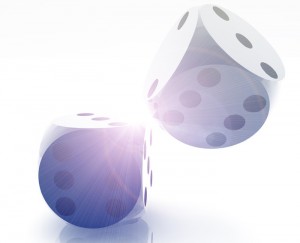 Ever since I began reading the ICONS RPG I’ve been itching to roll up a character. However I wanted to finish readying it before I did this. Don’t ask me why, it’s and old habit. But since I finished the book yesterday (and I’ll write me review later this week) I’m now ready to create my first superhero using the system. I’m NOT a big fan of randomly generated superheroes, but I’m going to give it a try, so here we go…

So like any good comic book the first thing I’m going to find out is my character’s origin! (roll, roll..) Transformed! My character was a normal human being somehow transformed into a super powered being, liking this so far. I have either one extra power or a +2 to a rolled power. The example of character creation in the books has the person waiting to make this decision later, and I think that’s a good idea. Moving on…

The next step is the character’s abilities. (roll, roll…) My rolls resulted in the following abilities:

Those rolls are awesome, except for Awareness, which is abysmal. I can swap abilities, but let’s wait and see where the rolls take me. And now to the main attraction, what I’ve been waiting for, POWERS! The high rolls continue, I have a total of 4 powers. Now to roll randomly generate them. (roll, roll…)

First power, it’s a mental power and it’s Possession! This one counts as two powers. Although I have the option to get a bonus power that makes the character’s body merges with the person he (or she) is posessing, I think the idea of the body being helpless while possessing someone else is a classic so I’m passing on that opportunity. Power determination for Possession is (roll, roll…) Level 6, wow!

I’ve got 2 powers (since Possession counts as two), 2 more to go. Next power is a control power and it is Telekinesis, I can see a theme emerging for this character. I am going to select one of the bonus power options as my next power; in this case it is Defending which allows me to use my Telekinesis as a Force Field at the same power level. I roll for the power level and it’s, another 6.

From my character’s origin I can add a +2 to a rolled power or add another power. I like the power levels so far and I am tempted to roll for another power but I would like to have some Determination available so I’m not being greedy and I’ll stop here, adding a +2 to Telekinesis meaning its power level is now 8.

Now for specialties (roll, roll…), 2, and since I can start forming a mental picture of my superhero I’m going with Mental Resistance and Psychiatry. I’m going to use the option of swapping abilities and I’m going to swap Strength with Awareness, my new abilities look like this:

The last steps are calculating Stamina, in this case 6. I realize that swapping Strength and Awareness hurt me here, but it fits with my character concept. Determination is equally simple, four powers means I have 2 points of Determination.

Now that all the rolling is done I can start putting the pieces together. The character’s superhero identity is Mind Shadow; her secret identity is Cassandra Nillver, a psychiatrist who worked in a hospital for the criminally insane. There she treated the nefarious criminal Mindstorm who unknown to her had taken control of several members of the staff and was using the hospital as his own private laboratory to create a new drug to enhance his own considerable powers. When Dr. Nillver discovered this and she was able to resist Mindstorm’s powers he injected her with his experimental drug that had killed every test subject before her.

The drug ravaged Cassandra’s body, causing massive organ failure and convulsions, but also gave her incredible mental powers. She used her newfound powers to possess Mindstorm and put and end to his terrible experiments. However as a side effect of the drug her body was terribly affected. Dr. Nillver is in almost constant pain and is able to walk only because she assists herself with the telekinesis she developed. She has become obsessed with protecting others from the horrors she faced and has decided to use her powers for good, despite her troubles, as Mind Shadow!

Her qualities are: Motivation, Protect the innocent. She treated the criminally insane and knows what they are capable. She can no longer stand by while innocents suffer as she did. Connection, Michael Dawson, her longtime friend who retired from his private practice to help Cassandra recover and now looks after her when she returns home and is too weak to take care of herself. Identity, Dr. Cassandra Nillver is a renowned psychiatrist and an expert on super villain behavior.

Her challenges are: Weakness, Mind Shadow’s health is so fragile she can barely walk, let alone run and live a normal live. She uses her Telekinesis to move around and pretend she has no complications due to her fragile health while in costume, but her rouse sometimes fails. Personal, Cassandra knows Michael Dawson loves her, but she believes she can’t offer him the life and future he deserves. While she has accepted his help for now she wants to drive him away despite loving him as well. Enemy, Mindstrom, after his defeat he has a vendetta against Mind Shadow. And to make matters worse he knows her secret identity! 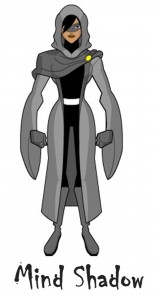 I must admit that this was much more fun than I expected. I had some pretty good dice rolls and the powers rolled all fit the theme so that made coming up with the character that much easier. The availability of bonus powers (not the best name for that mechanic if you ask me) and being able to swap abilities gave some degree of control over the random aspects. I’m pretty pleased with the characters.

What do you think? Have you created any fun or different characters with ICONS random character generation? I would love to hear about them!

The End is Near – Adventure Background Part 1