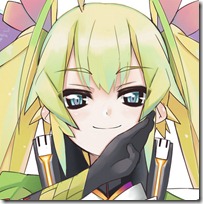 Wyatt Salazar is somewhat like a RPG blog nephew to me. Back in the day, when he wasn’t one of the more popular D&D 4th Edition bloggers out there, I was one of the first people who linked to his blog “Turbulent Thoughts” (Warning: Not For The Faint Of Heart!).  😉

Like me he likes homebrew systems (and even created one of his own) and recently he has finished writing a review about my own "Warrior, Rogue & Mage” game. Please head over to “The Spirits of Eden” and check out what Wyatt has to say about my little rules-light game!

And while you’re there, don’t forget to read the funniest review on the internet!