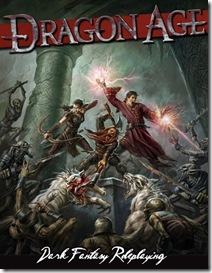 It seems Paizo started a new trend with allowing the gamer community to beta test their products openly. Now Green Ronin has jumped the bandwagon and released an open playtest document for their upcoming 2nd Dragon Age boxed set.

From what I’ve seen so far, fans of the Dragon Age RPG will be in for a treat. Set 2 will contain new character options, new backgrounds (including Dwarves from Orzammar, Orlesians and Qunari), five new levels, new class power, spells, talents, new monsters, and finally rules for playing Grey Wardens!

If you want to help Green Ronin making the upcoming Dragon Age: Set 2, download the playtest document at their site and don’t forget to give some feedback!

Ask The Readers: Tell me about Gamma World!