The much quoted line in this post’s title is from a play you might have heard about, Romeo and Juliet, written by a Billy Shakespeare. This guy was old school, so much so that when he got to be a Bard he had already gotten levels as a Fighter, Thief and Druid! (If you did not get that AD&D 1st edition joke just read this.) 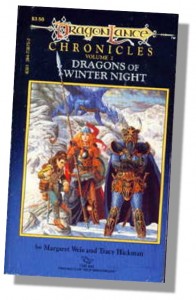 I love poetry, and I find much inspiration for my games in it. I know not everybody shares my proclivity, but this was not always so. I remember reading the second novel in the Dragonlance Chronicles, Dragons of Winter Night, and running into the poem about the heroes’ adventures in Icewall Glacier and becoming terribly frustrated. My understanding of English was still somewhat limited and I just skipped ahead.

Afterwards I told my uncle “I think I missed something.” He took the book, examined it, and said, “The poem is important to the story”. I asked him to explain it to me and he said no, I had to do it on my own. So I sat down and plowed through it. When I reached the end I can’t say I got it all, but I pretty much understood what happened. At least (SPOILER ALERT, but if you don’t know this by now you pretty much deserve to be spoiled) when Sturm died and I got to Solamnic Death Chant that was easier to read (END OF SPOILERS).

I would love to tell you that the experience of reading that poem, and all the other poems in Dragonlance changed my life and I became a lover of poetry, but alas that did not happen. I still did not care for poetry as a pre-teen. Eventually I discovered poetry I loved, but it was all in Spanish (if you read Spanish and care to read about one of my favorite poets you can go here), poetry in English really was not my thing.

This all changed when I began my Masters and took my first poetry class, it was an accident really. A class I enrolled in to simply maintain my credit load. But it was life changing. I fell in love with the British Romantic Poets and later the Victorian, Pre-Raphaelites and the Decadents. These poems inspired me, moved me and became fodder for my games.

I quoted poems in hand outs to my players.  Some quotes became part of prayers for certain faiths or oaths for military orders. Poetry is such a personal experience that I realize that what inspires me may not move you, so I encourage you to try reading a poem, see where it takes you.

Let me tell you about some of the poems that have inspired me: 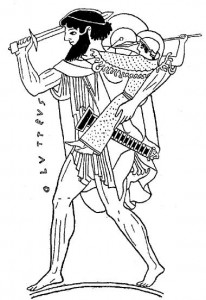 Often quoted, and probably the best know of the poems I’ll talk about, Ulysses by Alfred, Lord Tennyson is about the mythic hero Odysseus and his homecoming. In my mind I most relate this poem to the TV series Babylon 5 where the station’s original Commander, Jeffrey Sinclair, quoted it. It still conjures up memories of a warrior past his prime realizing his journey is not done…

“Tho’ much is taken, much abides; and tho’

We are not now that strength which in old days

Moved earth and heaven, that which we are, we are;

One equal temper of heroic hearts,

Made weak by time and fate, but strong in will

To strive, to seek, to find, and not to yield”

The Charge of the Light Brigade, by Tennyson

Another poem by Lord Tennyson, this one about bravery in the face of overwhelming odds, or utter foolishness depends how you read the events that inspired The Charge of the Light Brigade. Check it out here.

This is one of the poems I return to regularly, depends on my mood, different parts of Dover Beach speak to me. The last stanza became a prayer for one of my home brewed campaign’s religions.

“Ah, love, let us be true
To one another! for the world, which seems
To lie before us like a land of dreams,
So various, so beautiful, so new,
Hath really neither joy, nor love, nor light,
Nor certitude, nor peace, nor help for pain;
And we are here as on a darkling plain
Swept with confused alarms of struggle and flight,
Where ignorant armies clash by night.” 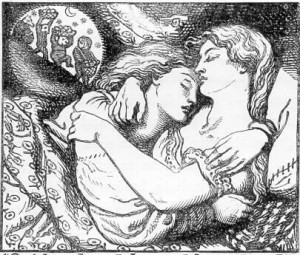 This poem is perhaps one of my favorite poetic visions of goblins, evocative, seductive, forbidden… The plight of the sisters in Goblin Market drew me immediately. It speaks volume about the craft of Christina Rossetti. It’s a poem I love the read in October, right around Halloween. As a final note on this poem, it is a very important part of a zombie game I’ve been preparing for some time. I hope to get to play it someday. If you want to go read it here is the link.

Some of the other poems I have not quote directly or even used in game but have inspired me are:

Childe Roland to the Dark Tower Came, by Robert Browning

The Haystack in the Floods and the Defence of Guenevere, by William Morris

The Garden of Proserpine, by Algernon Charles Swinburne

This is just a sampling of some of the poetry that has inspired me for my games. Then there are lyrics from musical theater, and the poems I have written myself. But those will have to wait for another day. Read a poem, it can improve your game!

PS – I apologize for any interpretation I might have made that you disagree with. I know there is consensus among scholars about poems, but I’m simply writing from the gut here. The usual caveat for my posts applies here, your mileage may vary.