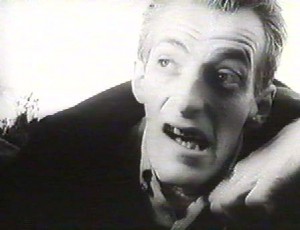 At a recent local convention the Puerto Rico Role Players group set up a table to spread the love for pen and paper rpgs. This time around since we are so close to Halloween I figured what better game to run than a zombie game.

I decided to use the SpyLite 2.0 supplement Zombiepocalypse, a handy little 3 page document for turning SpyLite into a zombie game. What’s SpyLite you say? Well it’s an adaptation of the SpyCraft RPG in the same vein as Microlite20. It is an excellent adaptation that hits all the sweet spots of the original D20 spy game while keeping it simple and elegant like Microlite20. It is a little more detailed than Microlite but simple enough that you can read it and be ready to play in an hour. SpyLite has gear rules, advantages, organizations, I have read but never played SpyCraft but I’m itching to run a SpyLite game.

Zombiepocalypse is one of the supplements available on the same webpage as SpyLite, along with cyberpunk rules, a Star Trek adaptation and rules to play Teenage Mutant Kung Fu Tortoises (that’s the author’s term, not mine) for the system. Zombiepocalypse includes what changes you can make to the game to emulate different styles of zombie themed adevnetures along with a great list of different types of zombies to torture your players with.

I rolled up some pre-generated characters and dropped them straight into the action. A group of survivors taking refuge in a package delivery company warehouse, trying to get to a train station where a train to safety awaits, at least that’s what’s being broadcasted in all emergency channels. They fought zombie babies, an armed corporate strike force, and hordes of zombies. In true zombie movie fashion most of the characters died in horrible ways and those that survived ended up in a worse place.

Here are the pregens I handed out to the players. I took some liberties with the rules in order to simplify the experience for new players, and four of the five players were newbies. Enjoy…

Rafael is a second generation Mexican American. He lives with his wife and children in a nice house in the suburbs. His landscaping business is booming but he constantly faces discrimination, something that is hard to deal with since Rafael is chronically shy. He’d rather work than talk; he is a man of action. His religious beliefs have been shaken by the dead walking, and he is terribly concerned about his wife and children in the suburbs.

Class: Soldier, +1 on all Attacks and Damage Rolls

Thomas is a weekend warrior, a member of the Army National Guard. He has always longed for action, often getting into fights or trouble at the local bar. The dead coming back to life has given him purpose and what he believes is his time to shine. He believes he is the man to help others survive this disaster, a chance to prove himself.

Class: Soldier, +1 on all Attacks and Damage Rolls

Command: Once per day if you give someone an order and if they follow it they have a +1

Marcy is a nurse by trade but a con woman by design. She takes advantage of the elderly and the infirm she takes care off. She had swindled them and scammed them for years. She has three teen daughters to take care of and has always seen these scams as a necessity. However a supervisor has caught on to her scams recently and she fears he may inform the authorities. The dead raising may be a blessing in disguise, if she could only get to her daughters…

Medic: Use your action points to heal others

T-Lock is the alter ego of James Johnson an upper middle class college student who struggles with the tough hip hop artist persona. T-Lock had gone as far as getting a gun and playing around with it in an attempt to get some street cred. This has instead landed him in trouble with the authorities. He is currently on probation and wishing to put his career behind, however he has a contract and a mildly successful song and is being pressured to stay the course by his agent.

Bulletproof: Once per adventure reroll a damage roll

Professor Spiros is too old; too old for running away from the dead. Too old to grab a fire axe from the stairwell in the lecture hall and hack at the dead after him. He fears there is little fight left in him but he wants to get to the Natural History Museum. The dead walking is something he has heard about before. He was researching in the Greek studies collection and something very similar was mentioned in an old Athenian manuscript, if he could only see it again…

Thanks to the author of SpyLite and Zombiepocalypse Mike for the game and to the players who played at the convention, zombies DO make everything better! Very special thanks to Alana, the official Puerto Rico Role Players Dungeon Mistress for running the D&D 4th edition demo at the convention, the players had great fun and that’s the most important things.