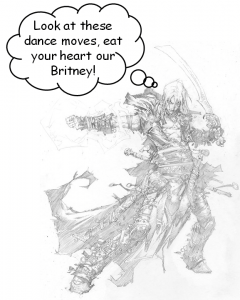 Following the round 2 playtest for the Pathfinder RPG Ultimate Magic supplement, a few days ago Paizo released round 3, a revised version of the Magus class they had released in round 1.

It’s an 8 page (one more than the previous version) revision of the class. I always find the process of playtesting interesting and have come to enjoy the rules discussion on this and other aspects of the game in the message boards. For me they help look at the game system from different perspective and impact how I plan for the game and think about the game while GMing.  There is just a few days left on the playtesting so be sure to participate if you feel so inclined.

On a marginally related note of interest to other Pathfinder enthusiasts like me, with the impending release of the Pathfinder Bestiary 2, Paizo is giving away posters with images of all the critters in the book. Your FLGS may have some to give away, so keep an eye out for them. Alas my FLGS does not, and while the poster is for sale at the Paizo store I can’t bring myself to make that purchase. I’ll wait for the book to come out on PDF!