It seems the English version of the 4th edition of the old-fashioned role-playing game Dungeonslayers is finally nearing completion and to properly celebrate this, Christian Kennig has updated the DS website accordingly: 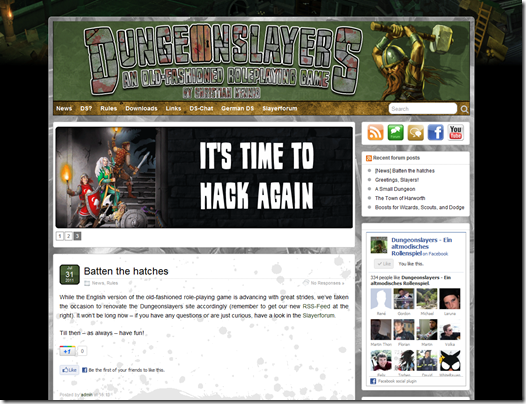 If you haven’t done so yet, you should definitely give DS a try. Although its name might be a bit weird, it’s a really interesting fantasy roleplaying game with an old-school charm.