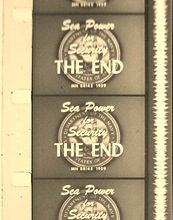 On the weekend I started playing Deus Ex: Human Revolution, which is actually a prequel to the original Deus Ex that was released over a decade ago. I like the game a lot so far, especially the soundtrack. I am sure the game wouldn’t be as fun if it didn’t have the great soundtrack by Michael McCann. In movies and computer/console games the soundtrack plays a vital role. Music can affect our emotions much more than visuals or words.

That’s the reason why a lot of game masters use background music when running roleplaying games. Alas it’s often not so easy to find fitting music for your game. Often you have to rely on movie and game soundtracks, but they are not as perfectly suited as one might hope. What some GMs end up doing is creating elaborate playlists for their games with background music, music for combat scenes, music for chase scenes etc.

Things would be much easier if there were soundtracks especially created for the game or campaign you’re currently running. Luckily there are a few of those. A shining example is the “Eternal Lies Suite”. James Semple and his team have created 27 tracks perfectly suited for the upcoming Eternal Lies campaign or any ToC campaign for that matter.

So there are already a few soundtracks created for certain roleplaying games but it’s still the exception and not the rule. In this day and age some publishers experiment which the transmedia approach, telling stories across multiple platforms and formats. So why not add soundtracks to the mix that are not only composed with the regular listener in mind, but that also takes the needs of roleplayers into account?

In my opinion it would be awesome if every new roleplaying game would come with a soundtrack of its own. There are of course various reasons why this will never work. Not every publisher can afford to pay a composer, musicians etc. for such a project. But wouldn’t it great if at least the larger publishers would put some thought into this?

P.S.: I actually know of one game that did it the other way around. The upcoming steampunk RPG Airship Pirates is actually based on the music and lyrics of the band Abney Park. 🙂