Yesterday I got the final PDF of the Spanish translation of WR&M. I have to admit I can’t judge the quality of the translation since I don’t speak Spanish, but I am very happy with the layout and the artwork of this book. The guys from Arcano XIII really put a lot of work into this project, there’s no doubt about that. 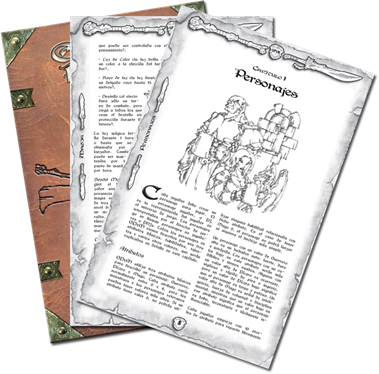 When everything goes as planned they’ll officially release it on their blog on the upcoming weekend.  I’ll update this post with a link to the PDF as soon as it goes life.

A first look at the Unity RPG–Part One