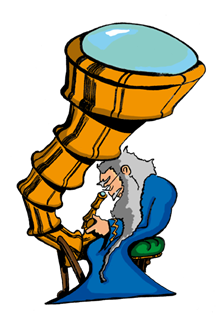 Yesterday I got the following email:

Dear Michael/Stargazer,
My question for you sir, is this? How should one go about starting an RPG blog? I have some ideas for content but my technology-fu is pretty weak. Some folks recommend Blogger to me and others WordPress. I was wondering if you have any tips for getting a blog up and running and then maintaining it?
Thanks!

Luckily that’s a topic I have already written a lot about. Some of you might actually remember my RPG Blogging 101 series, that I have written back in early 2011. If you are looking into starting your own blog, it wouldn’t hurt if you check out these posts first. But let’s have a deeper look on Matt’s question first.

Matt is currently deciding whether he should use WordPress or Blogger as his platform of choice. I have to admit that’s not the easiest choice to make. Both platforms offer a lot of great features and are totally free to use. But from what I’ve seen in the last few months Blogger is actually winning on almost all accounts, especially when it comes to the number of features available to bloggers. And especially if you already use a lot of Google Services aleady, it’s probably best to stick with Google for blogging, too.

If you are tech-savvy enough I would recommend using a self-hosted WordPress blog, but when you don’t want to worry about all that tech stuff, use Blogger.

You might also want to check out the following posts about blogging in general and RPG blogging in particular:

I hope I could help you with your question, Matt! Feel free to add more questions on the topic below!

“Blog of a new RPGer” interview

The RPG Blog Alliance is now open for business!

One thought on “Ask The Stargazer: “How should one go about starting an rpg blog?””