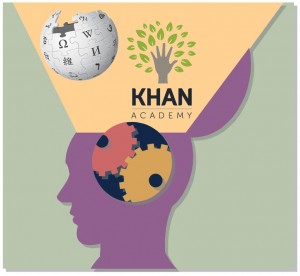 To say that role-playing games have been good for me is an understatement. Besides the countless hours of fun they’ve provided, the lasting friendships that have been forged and the way it has opened my eyes to a global community I am thankful to belong to, gaming has had other benefits in my life.

Let’s look at the most obvious ones. I read a whole lot more because of gaming. I was already an avid reader before discovering rpgs, but the games introduced me to all sorts of different authors and influences I might not have discovered where it not for the game. I became a better storyteller and developed both my oral and written communication skills due to the game, during face to face interactions as part of the game or when I sat down to write a handout or other game related document.

I can’t say I learned English because of games, I already had a pretty decent grasp of the language, but I know many friends who improved their language skills thanks to gaming. On a recent discussion in the Puerto Rico Role Players group we were talking about how being a good Game Master had much in common with being a good teacher and how that has helped me in my line of work. I really believe that my interpersonal skills, something I rely on daily in my line of work, are better because of the game.

Then there is the ongoing learning… I find myself researching ideas and concepts for my writing (game related and otherwise) all the time. My creative endeavors (and role-playing games is a big chunk of that) mean I am constantly searching for ways to learn more, and more effectively. Readying articles on Wikipedia still seems odd to some people (probably the same ones who thought it was odd to read the encyclopedia for fun!), but recently I have been using the Kahn Academy more and more.

The Kahn Academy is a non-for profit that has existed for a while now (and you can read all about it on this Wikipedia page), and while I knew about it, I had not really used it that much. Then I ended up going to it to look at the Brain Teasers videos thinking I could use some of them for my games, but ended up watching many more videos, and it the process learning about many new things, some I had little interest before.

There are a lot of math and science videos, but even those can be useful for a gamer, specially if you are working on a sci-fi game, I particularly like their History section, great for giving context for historical games for your history-challenged player who might know the timeline of Krynn but might not know if the Wall Street Crash of 1929 happened before or after the Vietnam War. And that anecdotes my friends really happened!

So that’s a recent tool I’ve used to brush up my knowledge, much being applied to my current and future campaigns, such as the Cosmology and Astronomy area for my upcoming sci-fi game. What tools do you use for research when you game?