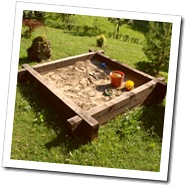 When I had the idea of running a sandbox game I did some research first. Especially when you try a new game or a new style of GMing things can go terribly wrong when you’re unprepared. So in order to avoid that I got some help from people who’ve run sandbox games before.

Recently I had a rather lengthy chat with Joshua Macy, who has also written a couple of extremely helpful posts on the subject of sandbox games:

Aside from that I also found a few more recent posts on the topic:

Of course there are probably thousands of posts out there on running sandbox games. Do you know interesting posts that should be added to that list? Or perhaps you have some of your own experiences to share. Feel free to do so in the comments below!