Michael’s recent post about his upcoming campaign has lit a fire under me to work on a couple of campaigns I’ve had on the backburner for a while. He always tells me I should post about my game sessions, campaigns and the prep I am doing but I always fear this will be of little interest for the majority of you. But I can’t stop thinking about this campaign and I guess a blog post is a good place as any to start organizing my ideas. Hope you like them and they may inspire you for your own games. 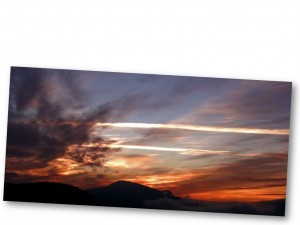 The children played near the long wooden tables where the villagers had dinned not long ago. Sundown was coming and they ran down the field towards the crops. The celebration meant that harvest was drawing near and many of these children would soon have little time to play. Their cries of joy were suddenly silenced when they saw the old man. He stood a few feet from them, seeming to have come out of the corn, his beard wild and unkempt, and his frame thin and frail, tanned by the sun. But it was his eyes that scared the children. They seemed to dart to and fro, always looking at things unseen. His laughter crackled and one of the younger boys sobbed.

The older children had been taught to respect the elders and some of them picked up the younger scared ones and tried to leave but the old man would have nothing of this. “No, stay children, stay… Come sit here in a circle, now in a circle… Let me tell you a story, a story of the time before the valley, before the community, before the war.”

Despite the hesitation and the fear gossip might have installed on the children, none of them could pass up such a story. It was rare indeed for any of the adults to speak of this. Even the scared ones wiped away their tears and sat in a circle around the old man. The sun was setting beyond the corn fields, beyond the mountains ringing the valley, and it painted the sky red as the old man began his tale…

“I remember the time, the time before the war. We lived in villages of glass and steel, much larger than the eighty odd houses huddled around the town hall and the great house, and there were many more of us. Well not all were like us. Some looked different, spoke differently or believed in different things. Not only where there horseless wagons dancing around the houses of glass and steel, but great metal birds made by man flew across the sky and travelled beyond the clouds to the stars.

And then there was war, the skies were sundered and the seas burned. The great villages of men were torn down and the survivors killed each other for the scraps. And there were worse dangers, things we had forgotten about…”

The old man suddenly fell silent, night had come and the children were all mesmerized. Under the moon the old man’s eyes and hair seemed to glow. He mumbled something, sat down among the children and snapped out of his daze. “The cold came soon, and the darkness that would not lift. The founders all came together and decided to leave it all behind. To seek refuge in the wild, the forgotten lands, and came here to the valley. We all gathered and signed the compact, agreed to come together in the great house and select those amongst us best suited to lead. We plowed the fields mined the hills beyond the swamp and in the end reaped what we sowed…”

He rose with a jump, startling the children. Agitated he began to speak faster and faster, almost incoherently. “We tried to hide, to leave it behind but they would not stay away and then they were tempted and the compact, the compact was broken and remade, sad, and the light the blue light…” The distant night sky flared up, blue as if lightning was coming from beyond the mountains and the old man began to laugh. But the laugh was tainted with sadness and desperation, and a few of the children though they saw his tears as he ran back into the corn fields.

The idea behind this campaign is a little different; it’s less Mad Max and more The Village. The players are the younger members of a community of survivors that hid in a valley and created a sheltered community. They cultivate the fields; make ethanol fuel to run simple generators, make gunpowder for the weapons they manufacture and the leaders of the community enforce order under the authority given to them by the compact, a document signed by the community founders. All is not well, for reasons unknown to the players some families left the compact some time ago and took over the far side of the valley, taking control of the mines. But something has happened to them and they are spoken of only in hushed tones.

There are limited medical supplies and the community relies on a healer whose craft he or she passes down to their apprentice in secret; the sick are treated in the great house in the utmost secrecy. The great house is also the place where the elder members of the community gather around the book of the compact and make the decisions for the village.

This is my basic concept for the game, it still needs to be fleshed out, establish some specifics, but that’s what I‘ve got so far. What do you think? Have any suggestions? I hope to post more about it soon…