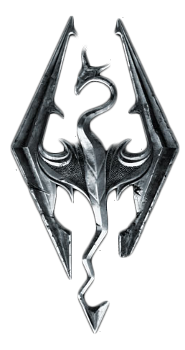 I think I mentioned before that the soundtrack to the highly successful computer and video game “The Elder Scrolls: Skyrim” works perfectly as background music for your roleplaying game session. I haven’t? Then I now said it! 😀

YouTube user malufenix has created a couple of cover versions of the songs played by the bards throughout the game. I totally love those songs and that’s why I wanted to share her latest song with you: