Yesterday I continued to work on my SS&S campaign. I got some tips from Ralf Schemmann (thanks again Ralf!) on how to properly create a map in CC3 and following his advice I used a simpler b&w style instead of the one I used before. The map below shows the borderlands between the Imperium and the Barbarian Lands. 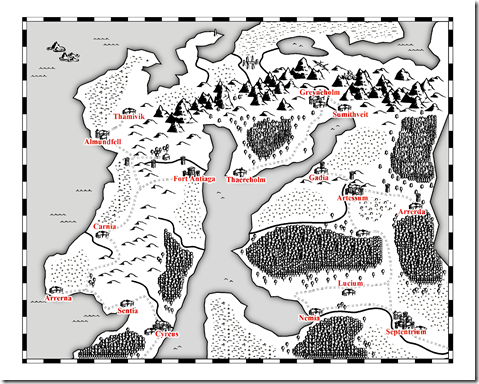 The map still has a couple of issues, but I think it should be good enough to be used in play this Saturday. During the last session we already talked about the player character’s future goals, but for the time being they decided to stay in the area to gain some fame and fortune before they venture forth deeper into the Imperium.