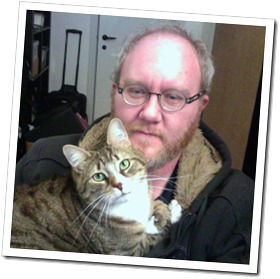 Many of you probably don’t know me. So first off, I guess some introductions are in order. My name is Vince Kingston, and I’ve been hanging on the fringes here at Stargazer’s for a while now. Michael and I have been chatting quite a lot over the last little while, and I decided I wanted to try my hand at these so called guest posts.

I’m a gamer of some number of years (I’ll just say it’s been since elementary school, and leave it at that). I’m a husband to a wonderful Danish lady, and live in Denmark with her. I’m a father to a wonderful little (or not so little) soon to be 12 year old who lives back in Canada. I am Canadian (though I hope none of you will hold that against me).

I’m an author with his first published work finally out in the world. I work as an accountant by day for a European company, dealing with the accounting for five branches.

And I was bullied as a child.

When I first approached Michael about doing a post here, I was originally going to do a piece about my perceptions about the differences between gaming here in Denmark and back home in Canada (I may still do that, but that’s not what this post is going to be about). Instead, as I worked through the drafts of my novella, and now the draft of my novel, I got to thinking some about how I grew up, and how that has in turn influenced my writing.

I know I’m not alone in having survived bullying (I’ve seen reports now that state something like 1 in 4 teens are bullied in school). Hell, if you’re reading this post, chances are pretty good that you yourself were a victim of bullying at some point in your life.

As I was working through my novel the other day, I got to thinking just how much the two main characters are like me. In the novella, I explicitly stated that the main character (Brandon) was the victim of bullying in school. Now unlike Brandon though, I never gained the ability to do cool things just by thinking about it.

Instead, most of my junior high years (so between the ages of 12 and 16) were spent with a combination of being beaten up on the football pitch, apples crushed into my hair, white out correcting fluid all over my clothes. This was a tough period in my life, and ended up influencing how I would deal with things all the way into my adult life. I have very little self-confidence, and constantly second guess myself. I think that if it weren’t for the love and support of my parents, I’d not have made it through at all.

What I’ve noticed has been that everything in my creative outlets, whether it’s my writing, or my RPG campaigns, have been influenced by all this bad stuff which has happened to me over the years. My protagonists are almost always underdogs in some fashion. The antagonists they face are frequently some kind of ‘bully’. I never realized it until I started the various written projects I have on the go.

Even now as I work through the second novella, and near the end of the novel, I can see these influences quite clearly. The novel should prove to be very interesting I think, as it delves quite clearly into those feelings of helplessness and fear that those who are bullied experience.

Overall I have found the writing has been a very therapeutic experience, and has allowed me to get out all my fears and frustrations. I also hope that my writing can give hope to those kids out there that are going through what I went through.

So followers of the great Stargazer – how has your past influenced how you approach your games/creative projects?

Starting as many do with the Basic Dungeons and Dragons Red Box, Vince soon began the long winding road which has been fraught with treasure and excitement. Now many many moons later, he hopes to bring his passion for history and gaming together, and to share this passion with the next generation of gamers.