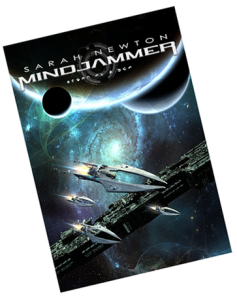 Yesterday the competition, in which two of our readers could win a signed copy of the novel Mindjammer by Sarah Newton each, ended. The questions you had to ask to be eligible for the competition were the following:

The correct answers were:

I put all the names of the people who sent in the correct answers into the proverbial hat and determined the winners using my trust random number generators (aka dice).

The lucky winners are: Mark Perotti and Jacob Schmidt. Congratulations! I already sent your names and postal addresses to Sarah, she’ll send your signed paperback copies to you.

Thanks for everyone who participated in the competition!