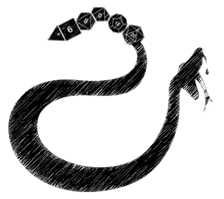 A couple of my friends are currently preparing for the NaNoWriMo, the National Novel Writing Month. The idea is that you challenge yourself to write a 50,000-word novel during the month of November.

In 2011 Nathan Russel had the idea to initiate the first NaGaDeMon or National Game Design Month. You can “win” the NaGaDeMon challenge by creating a game (a roleplaying game, boardgame, computer game, etc.) during the month of November, finishing it (no handwaving allowed), playing it at least once and – this is the most important part – talking about it.

Last year I wanted to contribute something to NaGaDeMon by creating Astronauts, a near future, hard science fiction roleplaying game. Alas this project never saw the light of day. I also recently decided to work on an expanded and revised edition of Arcane Heroes, so I might not work on a separate NaGaDeMon project this year, but still I think NaGaDeMon is a fun idea and if you are interested in game design, you really should think about joining the fun! Check out the official NaGaDeMon site for more information.

Drinking from the firehose