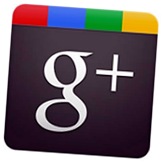 Yesterday Google started to roll out a new feature for Google+ called Communities. Communities are basically what groups are in other social networks like Facebook or Ning. I thought it could be nice to have a community for pen & paper RPG bloggers, so I created one. If you are interested in sharing your thoughts with other RPG bloggers, why don’t you join us?

Apropos RPG blogging. Last year I posted a series about my tips on how to start RPG blogging that I want to share with you again.

By the way, if you have more tips & tricks for RPG bloggers, why don’t you share them in our new community on Google+?

How not to run a Kickstarter to fund your RPG