We’re back! After taking a well-deserved break Stargazer’s World is back in business. I want to start the new year by wishing you all a happy new year 2013. I also want to greet all our old and new readers. You guys are still the #1 reason for the – in my opinion – great success of this blog. 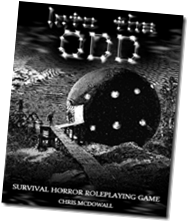 So, what’s new? On my side: not much. I mainly spent the holidays relaxing, playing computer games, reading, and eating great food. One of the highlights during the holiday season was me running “Into The Iron Coral”, which is – for me at least – still the best Into The Odd adventure. The players survived, brought back a few nice treasures and two powerful Arcana, and are interested into playing ITO another time. I have to admit that I am a bit hesitant to continue playing Into The Odd during 2013. Don’t get me wrong, ITO is a marvelous game and I like it a lot, but I just don’t feel I am the right guy to actually write ITO adventures. Hopefully Chris McDowall can make some more adventures available to us, perhaps then I’ll reconsider.

So what are my plans for 2013? First and foremost I want to finish writing Galaxy Rising. I actually planned to write down the setting and the missing rules during my vacation, but I was just too lazy. But now with my batteries fully recharged I hope to get this done in no time. 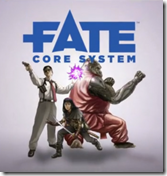 The extremely successful Fate Core Kickstarter is making me quite excited for Fate again and I have very high hopes for the Fate Accelerated Edition that has been announced a while ago. FAE is one of the stretch goals that has been reached during the last weeks and it will be 32-paged version of the Fate ruleset. That’s exactly what we need to introduce new people to Fate without intimidating them with the 300+ pages Fate Core ruleset. From what I’ve seen Fate Core looks like the best Fate edition to date and I think I finally need to introduce more of my friends to this game.

Last but not least I want to play more often in 2013. 2012 was a very bad year for me when gaming is concerned. I think my mental health issues that got worse in early 2012 were the main reason for this. Slowly things are getting better and I hope I’ll play and run games much more often than last year. Instead of having a long list of New Year Resolutions I just plan to play more often, finish writing Galaxy Rising and do more with Fate.

What are your plans for 2013? Do you have a long list of resolutions or do you prefer to focus on just a few things you want to accomplish? Please share your thoughts in the comments below! As always any comment is highly appreciated.