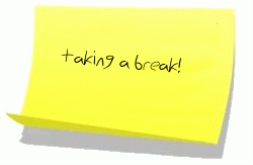 The end of the world year is almost upon us and I decided to take a break from blogging during my holiday. My creative batteries are almost empty and I want to use the upcoming days and weeks to relax without having to worry about the blog too much. Don’t worry, this is no goodbye. As long as nothing unforeseen happens, the Stargazer’s World will be back in action in January 2013.

I wish you all a merry Christmas and a happy New Year! Take care, guys!

Confessions of a lazy GM