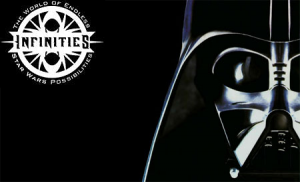 Hello there and welcome back! This is the second installment of the weekly mini-series of posts about an Infinities-type Star Wars campaign I created for my gaming group. Like I explained on the previous post it’s a trip down memory lane I’m sharing with you, our dear reader, because of all the Star Wars related news recently in the media. This time around it’s part 1 of the alternate history for the campaign. I kept some details of the Star Wars universe, changed others and made my own little mix. It’s my attempt to frame the galaxy into a place that would, first offer a place where the player’s adventures may take place, and secondly, be a galaxy that may become as we see in episodes 4, 5 and 6.

I would like to reiterate, it is MY take on the Star Wars milieu, you may agree or disagree with my interpretation of things like the Jedi, or the Force. It was crafted with the input of my players (who filled my much beloved questionnaires and commented on the text before it was finalized) so it worked for us. I hope it might be of interest to some of you. Let me know what you like, or did not like, in the comments. Looking forward to those!

Now to get to what you came here for…

History of the galaxy and the Jedi Orders – Part 1

“For over a thousand generations, the Jedi Knights were the guardians of peace and justice in the Old Republic. Before the dark times, before the Empire.”

The exploration, colonization and expansion through the galaxy began from the Core Worlds outward twenty five thousand years ago. Powerful families and corporations, collectively known as the Core Founders, spearheaded and funded the expansion beyond the Core Worlds into the Colonies. These powerful individuals, barons of commerce, became pivotal in the colonization process and they and their businesses profited greatly. These men and women became influential advisors to the governments of the colonized worlds, rulers in some cases, establishing dynasties and traditions still upheld by the noble families of the galaxy.

Hyperspace travel was still in its infancy, no faster than light communication existed, and the colonization process was long and arduous. The mostly human colonists from the Core Worlds encountered different species sharing with them their knowledge and learning from them in turn. Among these colonists and the species they encountered a new philosophy slowly emerged. Beings sensitive to the ebb and flow of the universe learned of the Force and its potential. 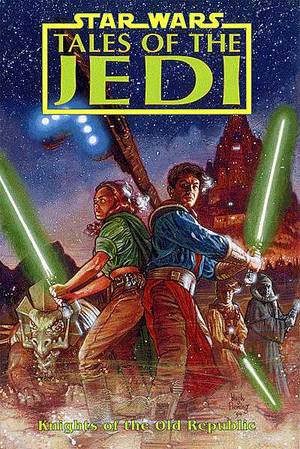 Different traditions emerged around the discovery, possibilities and applications of the Force. Practitioners of these arts became known as Jedi and the different paths and traditions as the Jedi Orders. These Jedi in their wisdom and power became the protectors of the lawless and distant colonies where the might and rule of the Core Worlds often did not reach.

As a result of the Unification Campaigns the rulers, corporations and governments that begun this endeavor in time recognized or accepted the advantages of a unified political system and many selflessly gave up their rule in order to form the representative democracy that became the Galactic Republic. Many of the noble families in the galaxy took on symbolic roles in their planet’s governments or went into politics in the newly formed Republic. This was a glorious time for the Galactic Republic, great advances were made in all fields, the economy prospered and the citizens of the Republic reaped the rewards.

As technology improved and faster hyperspace travel became a reality, the exploration and expansion outward into the galaxy continued at a frantic pace. The Colonies became more accessible and new frontiers were opened into the more distant Rim. And into these new colonies went the Jedi in their unofficial role as mediators, advisors and protectors. Although not always understood the Jedi were admired and honored for their actions and good will. Many aspired to join their ranks and bring peace and justice to all corners of the galaxy. 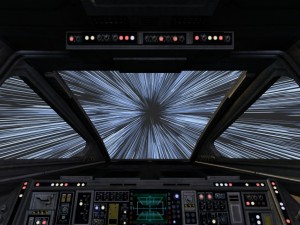 With hyperdrive technology advancing so rapidly, the Rim quickly became the Inner Rim and exploration and colonization continued beyond into the Expansion Region. These worlds were colonized by corporate and financial interest, which resulted in serious conflicts between the citizenry and the corporations such as the Massacre of the Veil and the Sermeria Uprising. Confrontations between some Jedi and the corporations while other Jedi tried to negotiate with them made the Jedi Orders realize that they needed to somehow coordinate their efforts and actions. Still the most influential Orders rejected the idea of one body lording over others or even regulating their practices and only some loose allegiances between likeminded Orders was possible.

Eventually the Galactic Republic took stewardship of the Expansion Region, making these worlds and the new species there full members. The Galactic Senate began to discuss what to do about the Jedi. Some in the Senate called for the strict regulation of the Jedi Orders, even their banishment, while the majority sought to proclaim them the official protectors and defenders of the Republic. Yet the Jedi Orders declined this honor choosing to remain independent. Many of the Jedi remained the stalwart protectors of civilization and order in far-flung worlds fraught with peril,

During these times of conflict and injustice there arose among the Jedi an Order that spoke against the tyrannies and inequities of the Republic. They condemned the Republic and its rulers for their inaction and complacency, and decried the representative democracy it espoused as a sham meant to appease the masses. They declared themselves the true stewards of the galaxy and took it upon themselves not only to protect the citizenry but to rule them. They were the Sith!

The other Orders recognized that the Sith and the smaller factions that joined them had fallen victims to the hubris of the Dark Side of the Force and that for all their supposed good intentions the Sith merely lusted after power. The smaller and less numerous Jedi Orders heeded the call of two great Orders, as large and influential as the Sith had become, and now their sworn enemies, the militaristic Leoco Actum Order and the contemplative Sar’Akar Sodality. 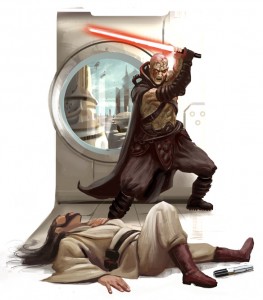 Over three thousand years ago, the Sith and their allies raised a fleet and an army under their banner and began their attack upon the Republic, thus began the Great Sith Wars. Following the defeat of the Republic Fleet at the Battle of Ruusan and meeting in Council for the first time the assembled Jedi Orders agreed to confront the Sith. Taking command of  Galactic Republic forces the Jedi Orders fought back and eventually defeated the Sith during the Lehon Campaign. The Jedi were hailed as heroes and saviors of the Republic and while each Jedi Order retained a measure of autonomy they unanimously agreed that the Council would to be maintained beyond the wars to mediate between the Orders, find a common purpose and stand guard against the dangers of the Dark Side. A great temple was constructed in Coruscant, tribute to the alliance of all the surviving Jedi Orders and their allegiance to the Republic.

Eventually faster than light communication and hyperspace travel of unprecedented efficiency and speed made it possible for the Republic to expand outward to the Mid Rim and then the Outer Rim. Even in the wilds of the Outer Rim, the traditional roles of the Jedi as protectors and guardians against the dangers of the great unknown became less prominent. They remained active in all areas of the Republic, but many of the duties often performed by them became the responsibility of local law enforcement and the Republic Military. Numerous Jedi became mediators and helped the Republic and the Senate in times of crisis.  Some member worlds and citizens resented their actions and began to distrusts their intentions. As time passed and the atrocities and carnage of the Great Sith Wars became distant memories, many questioned the role of the Jedi Orders.

Next week: Part 2 of the History of the galaxy and the Jedi Orders

And remember, Star Wars, all associated characters and images, are copyright of Lucasfilm and I use them here only as a fan creating an RPG campaign.