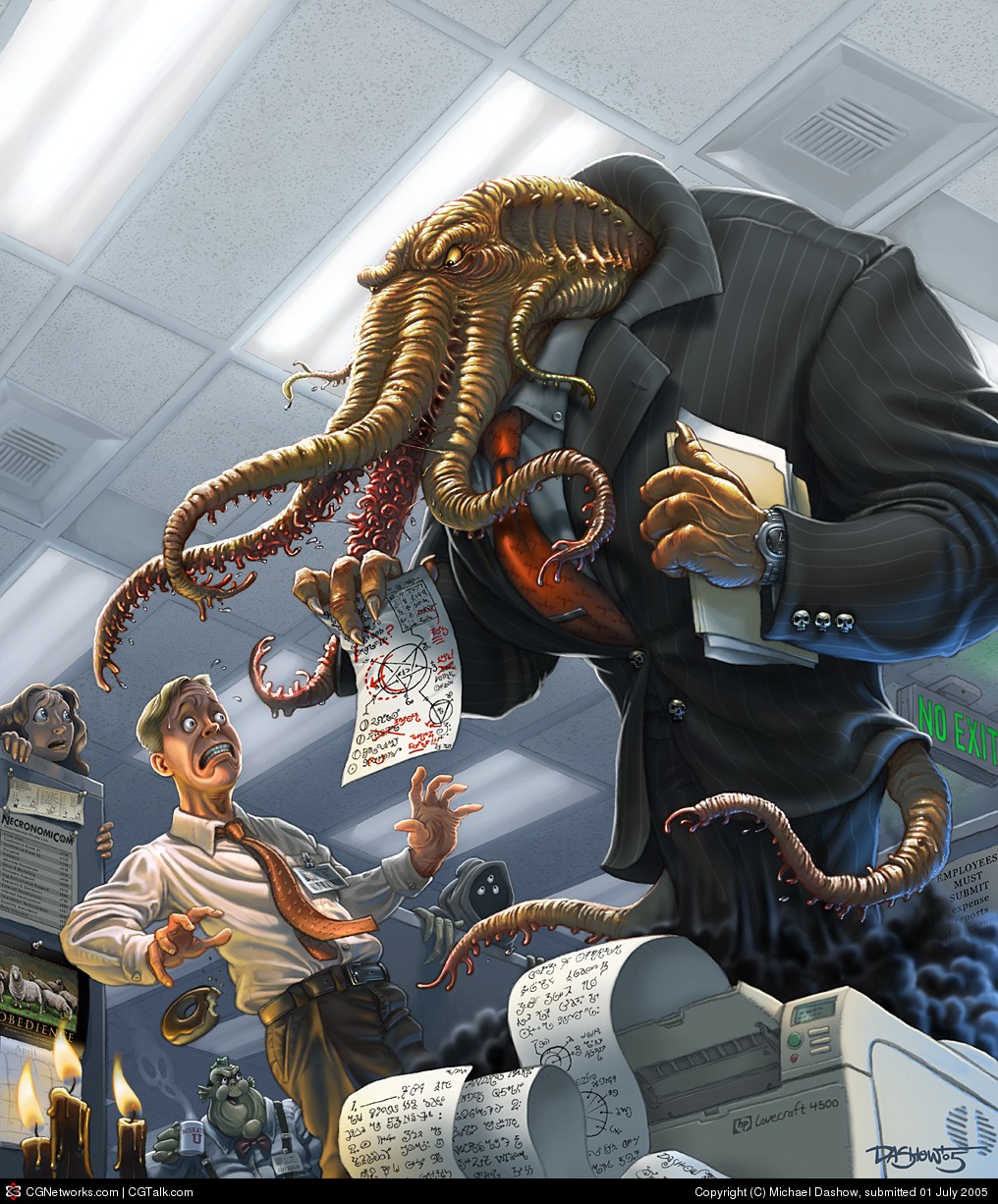 This morning I finished reading “The Atrocity Archive”, a short novel by author Charles Stross, which has been released in the book called “The Atrocity Archives” which also contains the short story “The Concrete Jungle” also written by Stross. Although I had to struggle with Stross’ writing style a couple of times I had a blast reading the book. So what’s the Atrocity Archive about?

It’s the story of Bob Howard, an IT guy working for The Laundry, a UK secret government agency which protects the UK from all kinds of Lovecraftian horrors. It’s not set in Lovecraft’s world per se, but Stross was definitely inspired by it and he even mentions Cthulhu and Nyarlathothep among other things. Over the course of the story the protagonist transfers to active duty in the agency, has to deal with the insane bureaucracy of The Laundry, fight extrauniversal horrors, and deal with a threat that could very well be the end of our known universe. Whoah! I won’t get into more detail on the story here, because the story holds a couple of interesting surprises that I don’t want to spoil here. All this is accompanied by a healthy dose of a pretty dark British humor.

Stross’ writing style is fast, sometimes a bit overwhelming, but always fun to read and very cinematic. I am pretty sure the book could easily be turned into an exciting movie. Ah, I forgot to mention one important aspect of the fictional universe the story is set in: mathematics can be magic. There are certain calculations that open leaks to other, distant universes. Luckily the maths involved are very complicated and before the advent of computers it was very had to pull off certain spells. But nowadays you can run magic software on your Palm Pilot (or Necronomiphone). This is unknown to the world and everyone who stumbles upon this secret – cultists, mathematicians, the IT guy in your company’s basement – are either killed or recruited to The Laundry or similar agencies.

If you now think this would make a great setting for a roleplaying game then you’re right. There even is an official The Laundry RPG by Cubicle 7 using Chaosium’s Basic Roleplaying system. But if you prefer a system more suited to the pulpy style of Stross’ stories, you could probably run a game using Savage Worlds, Realms of Cthulhu, and Agents of Oblivion. Whatever you use The Laundry Files series for, inspiration for your Call of Cthulhu game or just for your entertainment, it’s definitely highly recommended to anyone who likes Lovecraftian horror, British humor, and has at least some familiarity with higher mathematics or working in IT.

Upcoming Kickstarter: Into The Odd Remastered