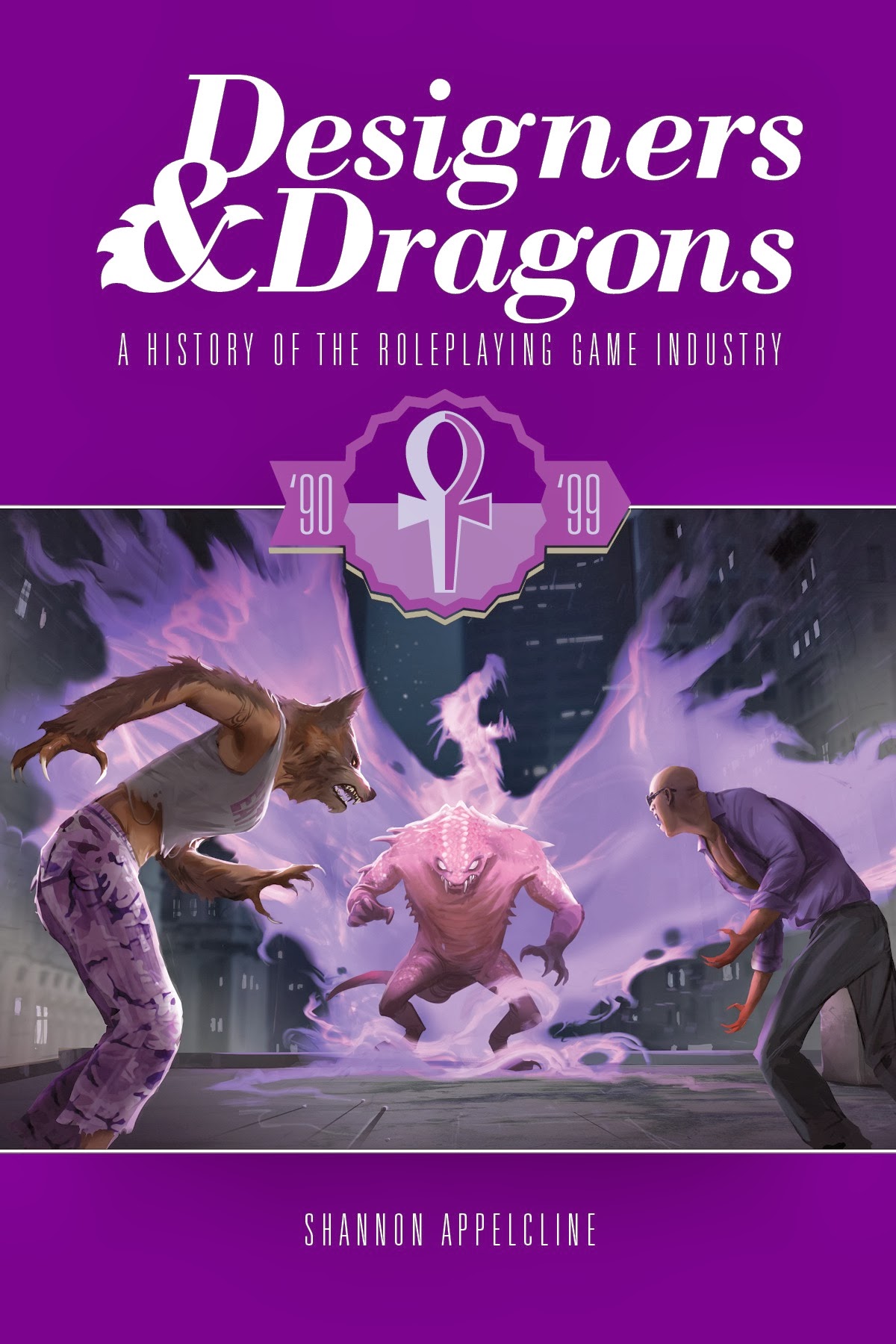 When I first encountered roleplaying games in the early 1990s, the hobby was already about 20 years old. The first games I’ve played were Games Workshop’s Warhammer Fantasy Roleplay 1st Edition, West End Games’ TORG, and FASA’s Shadowrun. It was even later when I first played AD&D 2nd Edition. Back in the day, I didn’t know much about our hobby’s history. I had an idea who Gary Gygax was, but I knew next of nothing about older editions of D&D and the company that was TSR.

A couple of years back, Mongoose released Shannon Applecline’s Designers & Dragons, a huge book, containing our hobby’s history from the early 1970s to today. I eventually got a PDF copy of said book and I totally loved it. For me it never felt sufficient to play these games but also learn to know the people behind those games. Designers & Dragons is a great way to learn more about our hobby, the RPG industry, and the ups and downs over the last 40 years.

In 2014 Evil Hat Productions is going to release the first book of a new Designers & Dragons book series. Instead of releasing one tome they’ve decided to split Designers & Dragons into several volumes, each focusing on one decade. But they are not content with just rereleasing the old book in a new format. The material has been expanded upon and there’s new information that fills the gaps in what came before. The first book is expected to be released in mid-2014 but they are already releasing the TSR chapter from the 1970s book as a free 121-paged sneak peek. You can download the PDF from the official Designers & Dragons website. Enjoy!