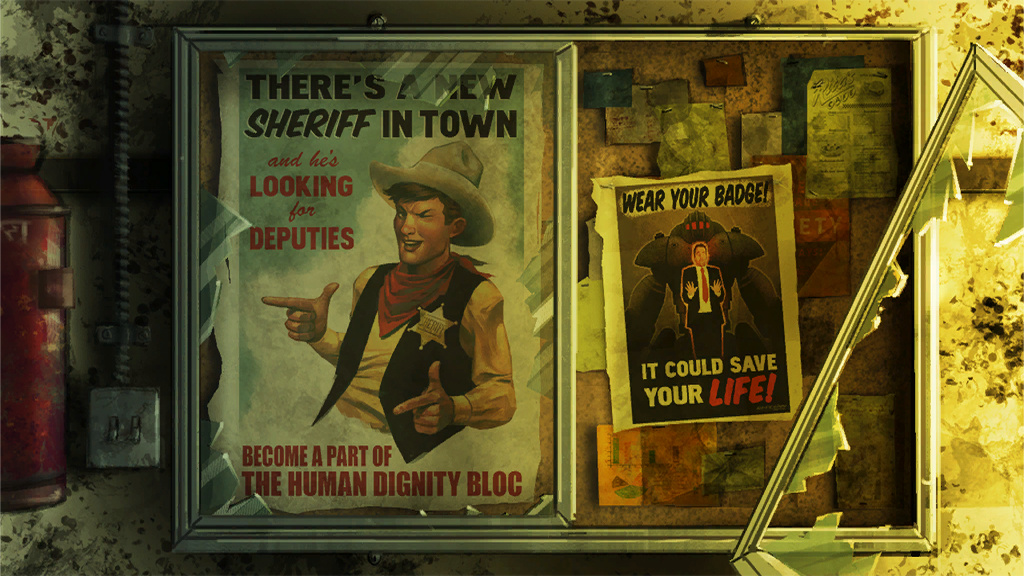 If you have been following my blog for a while, you might have read my posts about the Fallout game I’ve been running with Fudge. Recently I looked into switching from Fudge to Fate Core or probably even Fate Accelerated. So you might be wondering why the change? Why not keep running Fudge?

I actually intended to use Fate in the first place but then got cold feet. I just thought a more classic game might be easier for me to handle as a GM. Now that I’ve been reading Fate Core, Fate Accelerated and the more recent Atomic Robo RPG thoroughly I thought I should give Fate another try.

Instead of messing too much with Fate Core I decided to basically use Fate Accelerated and borrow an idea from Green Ronin’s Fate Freeport Companion. In Green Ronin’s variant of Fate they use D&D’s iconic attributes (Strength, Dexterity, etc.) instead of Fate Core’s skills. So instead of using Fate Accelerated’s approaches we’ll be using the attributes from Fallout’s SPECIAL system.

I also intend to use Weapon and Armor Ratings as detailed in the Fate Core rulebook page 277. I still have to think about which weapon or armor should get which rating but that should be easily done.

I even created a character sheet inspired by the awesome one Teo Tayobobayo posted at the Fate Core Google+ community. Here it is: 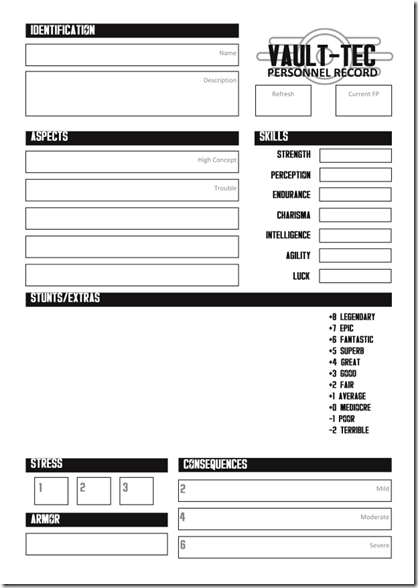 If you are an experienced Fate GM and if you have any tips for me, please post below! As always every comment is highly appreciated.