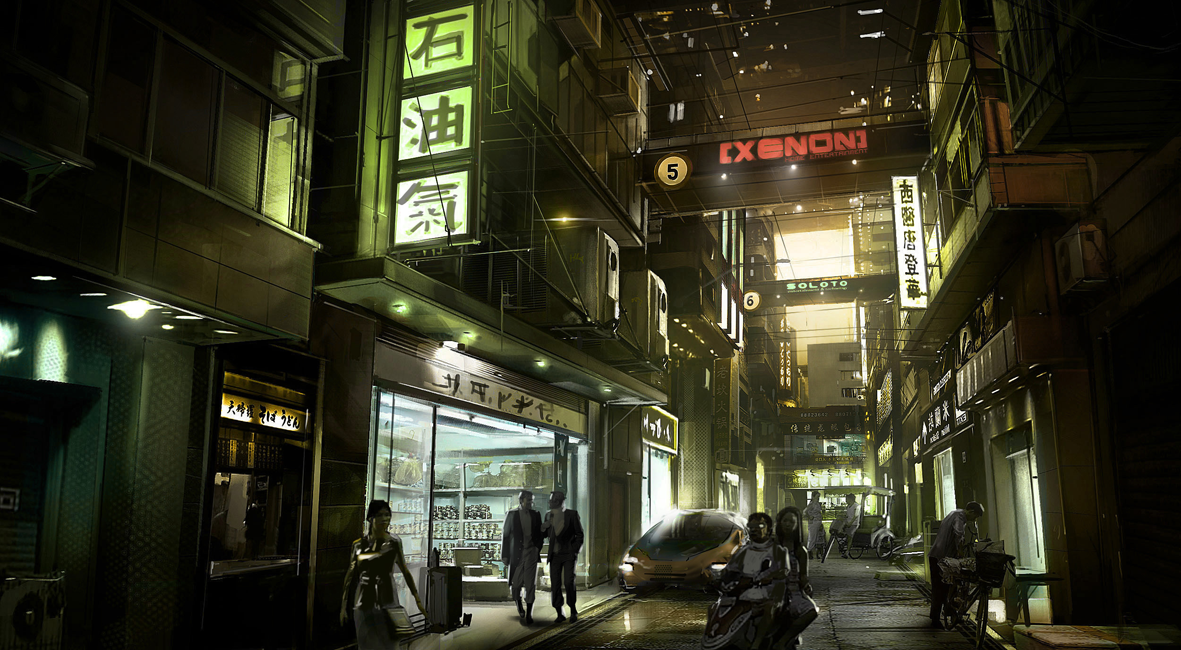 Next month I’ll be running two games at a local con. Initially I planned to run D&D 5th Edition and perhaps even Traveller, but recently I reconsidered. For a con game which also should be newbie-friendly I think a game like Fate Accelerated Edition may be a better choice. So I started thinking about what settings I could use for the games. It quickly turned out that I have a very bad cyberpunk itch that is in dire need of some scratching, so I made the decision to run a game set into the Deus Ex universe.

The game is supposed to be set in the late 2020s or 2030, which is after the events of Human Revolution but way before the original Deus Ex. One of my ideas is that the player characters are member of a government agency looking into a recent crime and uncover a conspiracy (in true Deus Ex fashion). But since I only have a couple of hours the conspiracy is probably not as epic as the one in the computer games.

The player characters, which I’ll generate beforehand, will also be augmented, because you need to put some cyber into the punk to make things really fun. And even though the player characters are government agents they might end up fighting “The Man”, so that punk part of Cyberpunk can be checked off as well. To keep things simple, I’ll use the Fate Accelerated rules as written. Cyberaugmentations will be either part of the Aspects, stunts, or both.

I am also considering taking a new – at least for me – approach on the characters and what their roles will be in the game. Some of the players will take the roles of field operatives, doing the legwork, getting their hands dirty, while other players will support them from the background. This probably breaks a couple of unwritten rules, but I hope it might actually work. The people in the background will always be in direct contact with the field operatives and can support them by hacking into various systems, providing them with background information. There might even be scenes when the background people get in physical trouble as well. Just think of the bad guys attacking the agency’s offices.

Having the player characters in different places is always a bit tricky, but in a scenario like this it may not only make sense, but also add to the tension.