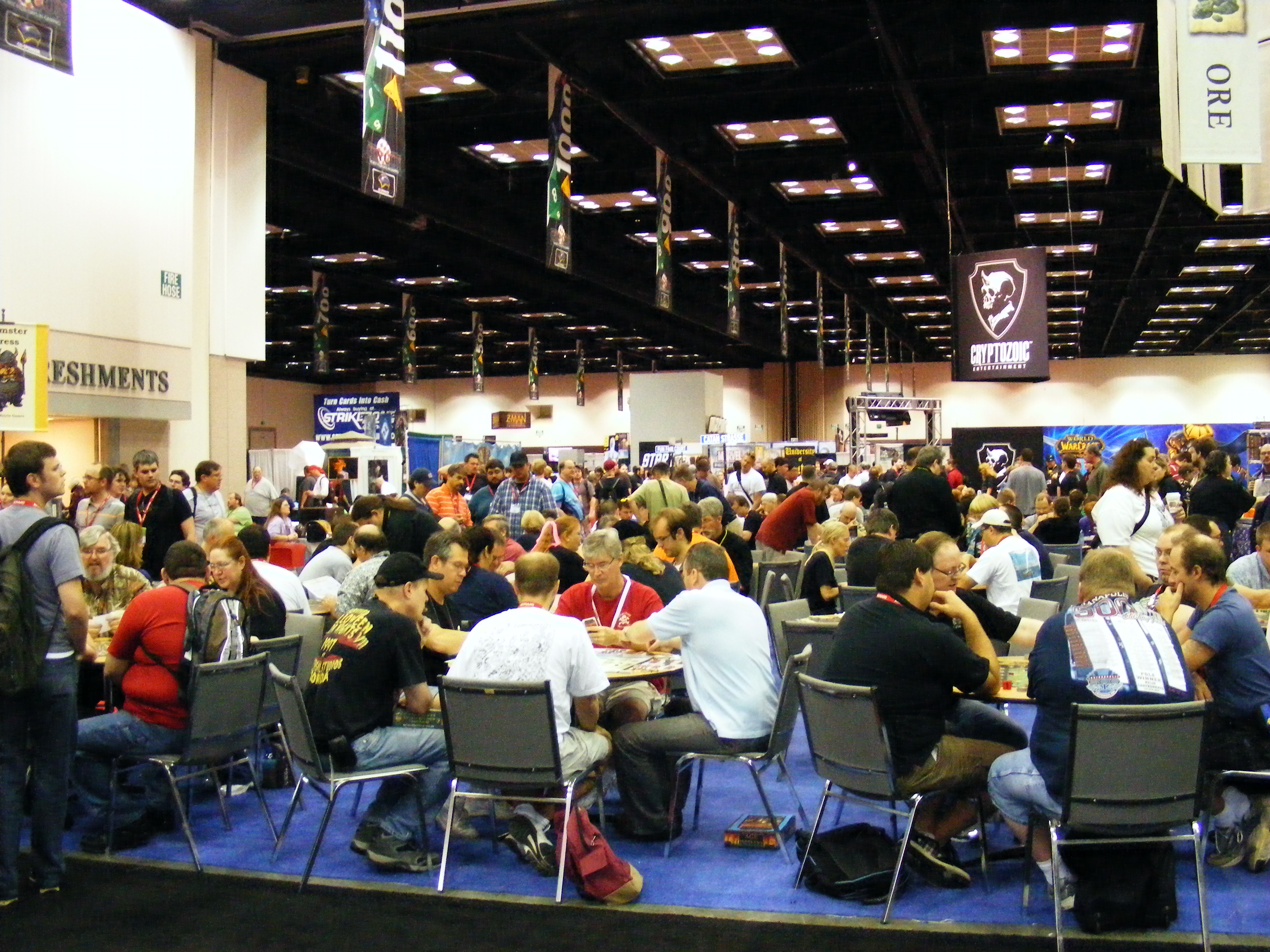 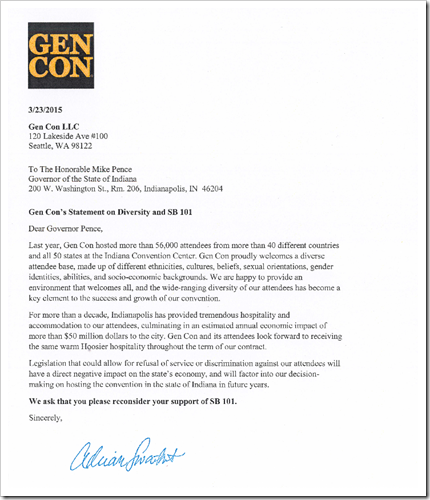 So what is SB 101 all about? It’s called an “religious freedom” bill but in my opinion it’s not about freedom at all. Basically it prevents the state from taking any measures that “burdens” a person’s exercise of religion unless it’s proven that there’s compelling interest and the measures taken are as restrictive as possible. Critics fear that the bill will basically allow citizens and businesses to discriminate against people particularly against gays and lesbians among others.

In my opinion a state should strive for equal rights for all people and provide equal grounds for everyone. But Indiana wants to create a law that limits its abilities to create that open ground because religious people get special rights.  In my opinion such a law is against the US constitution, but I am neither a lawyer nor an American citizen, so that’s for other people to decide.

But I was very pleased when I read that Gen Con LLC openly speaks out against such legislations. As I was in Indianapolis in 2010 I was welcomed with open arms and I enjoyed the “warm Hoosier hospitality” everywhere I went. But I would think twice about going there again, if I felt that Indiana business and citizens are basically allowed to discriminate against people based on their religion. And I always thought Christianity was based on tolerance. But as soon as you’re merely feel “burdened”, your precious faith is more important than the rights of your fellow man? That’s bullshit. Religious freedom includes the freedom from religion as well. Equal ground is non-existent if everyone got their way based on their world views.

In my opinion Indianapolis was a perfect fit for Gen Con. The convention thrived there for many years and I felt welcome there. I really hope governor Pence does the right thing and puts this bill into the place it belongs: the recyle bin! Gen Con is a convention where people from all over the world meet to play games, talk about their hobby, make business deals, and spent their hard-earned cash on gaming products, and of course in business all over the city and beyond. And I can fully understand if Gen Con moves to another city if it fears that some of it attendents are not welcome anymore.