As I write this post the end of the 26th day of August quickly approaches in Germany, but since I’ve take over the blog this month, we are running in Puerto Rico time and here it is still the 26th. Never mind the muffled cries from the basement, the Stargazer is ok!

Unlike the past two days, today’s topic for #RPGaDay2015 is something I talk about at length, inspiration! Read on…

Day 26 – Favorite inspiration for your game

If you’ve been reading my entries over the past weeks you’ll have doubtlessly discovered various inspirations, from movies to books, specific series and even toys for different genres, but if I try to identify larger inspirations that apply across all the different games I play I can pinpoint three major ones that played a role on my creative process, campaign creation and the dynamics of storytelling, and you may be surprised about some of them. Allow me to tackle them one at a time:

Yes, telenovelas… As a young kid it was hard to avoid telenovelas in local television, they would take up a good block of programing, typically after noon, until children’s programing began and then another block after the news. In that respect, not much has change, only that today they show even MORE telenovelas. I grew up watching them, and loved them! I don’t watch them anymore, but they are still very popular.

While some will call them soap operas in Spanish, that’s not quite right. Unlike the endless soap operas that were so common the USA, telenovelas are, per the Wikipedia definition, “limited-run serial dramas”. They are shown daily and last for a few months, and are usually melodramatic and deal with common tropes that in many ways reinforce the conservative mores of the country where they are made (typically in Mexico, Venezuela and Brazil when I watched them, but these days there are mainly produced in Miami by Univision and Televisa as far as I know) although from what I hear some more modern issues are creeping in.

You may ask yourself; what about telenovelas inspired your games? First of all telenovelas have at their core very simple plots, despite being broadcast every day, they constantly restate plots and conflicts through character conversation, repetitive event, etc., so that casual viewers know what’s happening. I think that, even if we fancy ourselves the brilliant storytellers, our games are very episodic, oftentimes a week or more pass between the typical session, and our plots are oftentimes common tropes we rehash for different genres.

A small digression, I’m not trying to minimize the importance or the possibility of shared storytelling in our hobby, but for casual games, hack & slash games, or for just getting together with friends for a snack and some dice rolling, I don’t think the above characterization is wrong… Back to the post!

The repetition of important plot elements and the restatement of conflicts are important for our games, and the myriad ways telenovelas do this can be inspiration to remind our players just what is going on in game without hitting them over the head with a metaphorical bat (GMs, never hit your players, there are more of them and they’ll gang up on you). That and melodrama! Telenovelas are filled with unrequited affection, passion, chaste love, even in the raciest modern telenovelas most of the “heavy action” in the romantic department happens off camera, much like our games. For me inserting some of that interpersonal drama has been very useful as character motivation and for making the world seem real with shorthand.

From the telenovela Cuna de Lobos 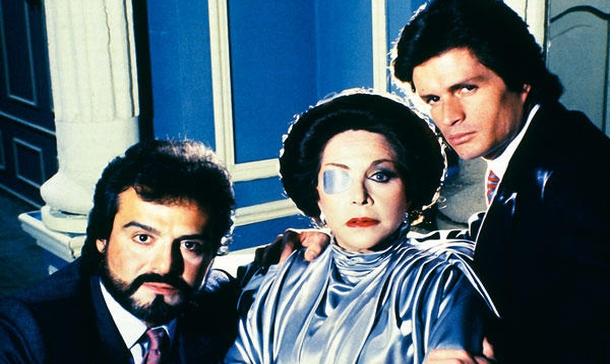 Telenovelas have some of the best villains!

I’ve written about comics as inspiration before, and despite not reading them as much as I used to, the typical comic storytelling tropes taught me a lot about pacing, excitement and the fact that when things slow down, the best way to add excitement is to throw in a fight.

The four color adventures I grew up reading in the 80s and 90s, mainly Marvel maintains such as X-Men and Avengers, were fun, over the top, and even when characters stopped to talk and ponder about their problems, a fight was always around the corner. Even I did continue reading into the much darker mid 90s and beyond, the angst of the X-men, the grand adventures of the Avengers, and the epic even such as Crisis on Infinite Earth, were influential in how I structured plot and story, especially the comics of Chris Claremont and their intricate backstories and drawn out situations that paid off many issues later.

The X-Men and many related character by John Byrne 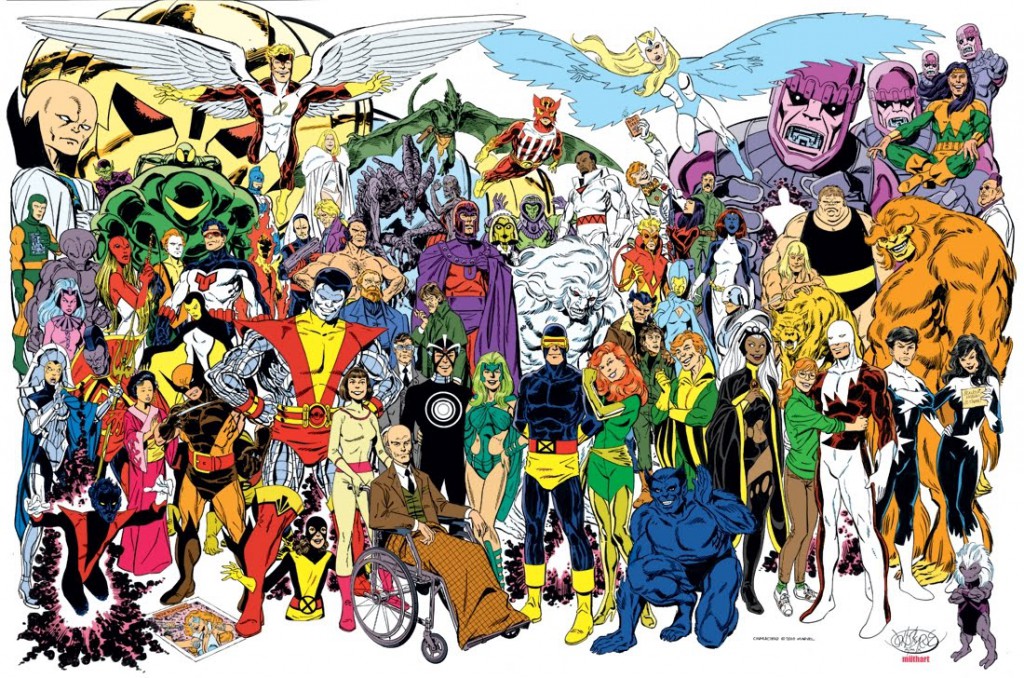 Just as influential for me as Claremont!

So add in the episodic restatement of important conflicts/events and the melodrama of telenovelas, with the pacing and plotlines of comic books for the first two part of my trifecta of inspiration for my games. What’s the third? A TV show that to this day remains one of my favorites…

Babylon 5 sprinkled the melodrama I enjoyed as a kid, with the plotting of exciting events, like big fights in comic books, with more cerebral issues and character driven arcs, all tied together into a larger tapestry, a complete story told over five seasons of television. Granted the variances brought by the business of TV hurt the series near the end, but despite any possible failings, it remains some of most fun I’ve had watching a series. It showed me the importance of foreshadowing, of focusing on personal drama in the context of larger stories, of destiny, or the burden of leadership, that even happy endings have a cost.

The show inspired my campaigns, showed the benefits of a long term planning in storytelling, and the intermingling of many complex plots, some of which cannot be resolved to satisfaction. In the universe of Babylon 5nstitutions fail, you have to fight for what you believe in, even at personal cost, and it’s ok to have a bittersweet ending. All that and more I learned from the series.  I had been playing RPGs for some years when Babylon 5 was produced, but I still feel its indelible influence in my storytelling.

So those are my three big picture inspirations, telenovelas + comics + Babylon 5 = some pretty weird campaign, but we have fun playing them. Don’t let anybody tell you you’re doing it wrong as long as it is fun for everybody!

So what’s your inspiration for your games? Let us know in the comments. See you tomorrow!

How to deal with “That Guy” or do we need a Social Contract?