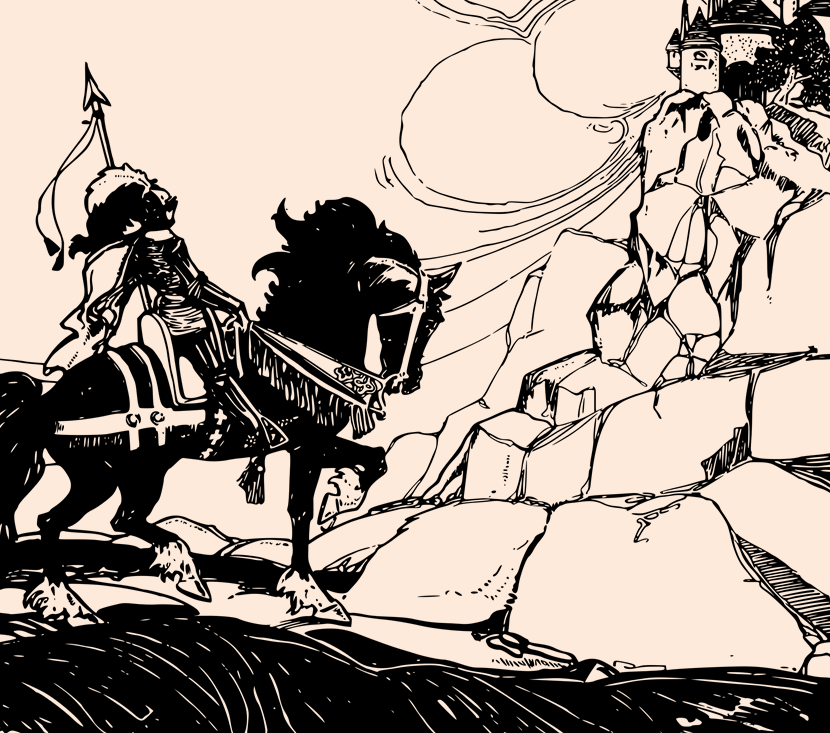 Welcome back! Building upon last Friday’s post, I plan to continue detailing the campaign I inadvertently came up with wile creating an adventure for the last geeknic. You can read all about that the post in the previous link.

Garesia began to coalesce as I wrote the adventure and in the following days after running the adventure it had been bouncing around in my head. Since I created the adventure for D&D 5e and that the system I’m currently playing, many elements from that game made their way into my conception of the setting, but I’m sure it could easily be adapted to other systems. I’m going to try and organize my thoughts and provide an overview of Garesia’s history and the people and creatures that make up the campaign. I’ll cover the first part, history, on this post and continue with other topics in other posts. I’ll probably revisit some of the ideas presented here once I’m finished, so there may be revisions. If there is significant real interest I could compile all this information into one PDF to share with the readers of Stargazer’s World. Let’s see how it goes…

Here is the basic description of the campaign:

Garesia: Land of Broken Shackles is a high fantasy campaign. Powerful magic, brave warriors, great deeds and savage beasts shape the destiny of a world created by powerful deities from the raw materials of the universe. Its geography, climate and cultures were given form and influenced by the clash of magic and might. The purpose of the campaign is to provide players and Game Masters with a fun canvas upon which to tell their own tales! 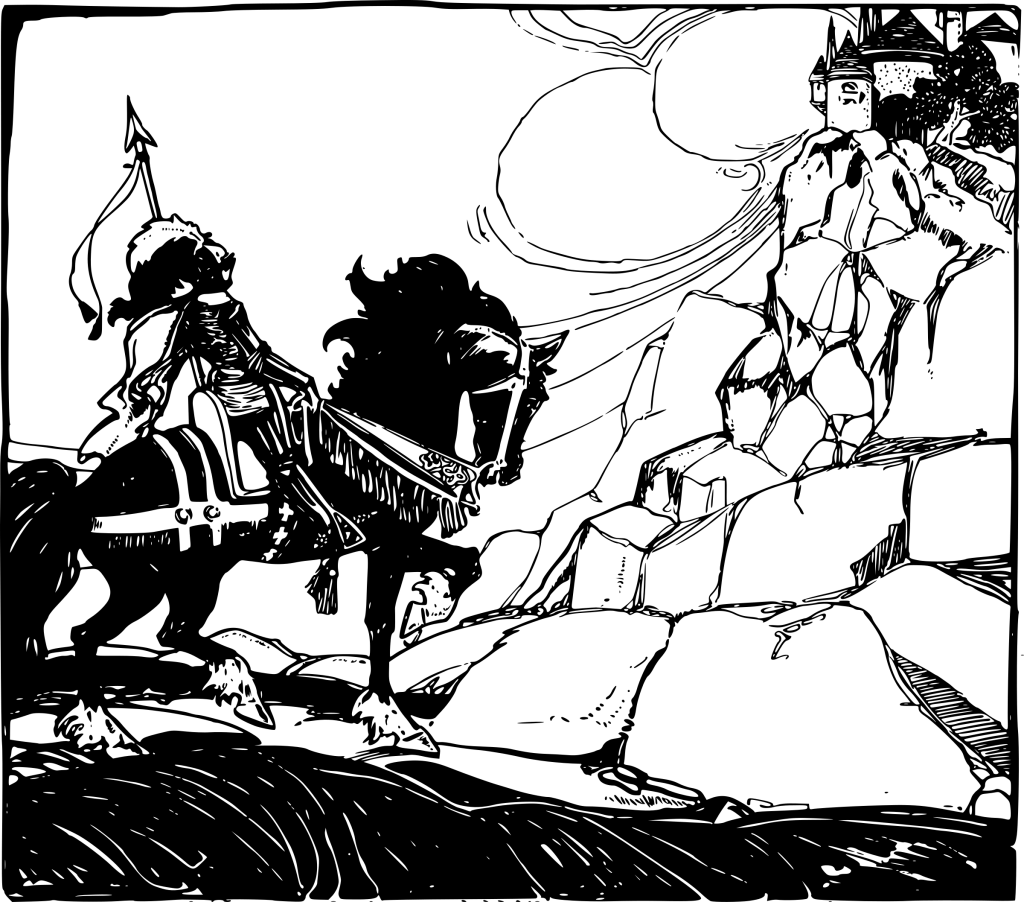 A Brief History of Garesia

Garesia is a land once ruled by dragons. In the ancient past, not long after the dwarves had driven the goblin hordes from their caverns and rooted the evil influence of the mind lords from their bloodlines, giants appeared upon the land! Crawling from great volcanoes or the depths of the sea, digging themselves out of the mountains or walking out of raging thunderstorms, they wreaked havoc upon the mortal world.

The fledgling humans, having barely learned the secrets of metalworking and untainted magic from the Great Faith were hardest hit by the onslaught. Once giants razed the land, they were followed by the scourge of the orcs who, thirsting for revenge after their living god was slain by the elves followed in their stead. Even the invisible people, the halflings, were not untouched by the devastations wrought by the Giants. 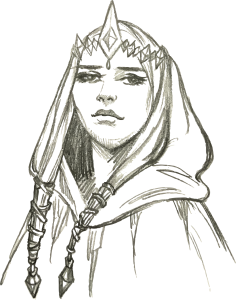 Only the destruction of the magnificent clockwork city of Hirdessell, home of the peaceful and resourceful gnomes, moved the other people of Garesia to action. The Wise Council of the elves called upon their Twelve Swords who had gathered the elfin armies that broke and scattered the orc servants of the One Eyed Scourge to stop the giants. These twelve elf generals stopped the giant’s advance towards the elven home, the Mist Sea Forests, and gathered together humans, dwarves and halflings into the First Great Army of Garesia.

The Great Army fought tirelessly against the giants and the forces that either joined them, or profited from the chaos to unleash to their own havoc against their former enemies. Still unable to stop the giants, the elven Wise Council decided to call upon the mightiest of beast, the shapers of the world and greatest servants to the power beyond to fight for them. They called upon the dragons to stop the giants! The dragons answered the call and returned to the world they had formed. These ferocious beasts fought the giants and the great conflict sundered the land of Garesia, reshaping it into its current form. 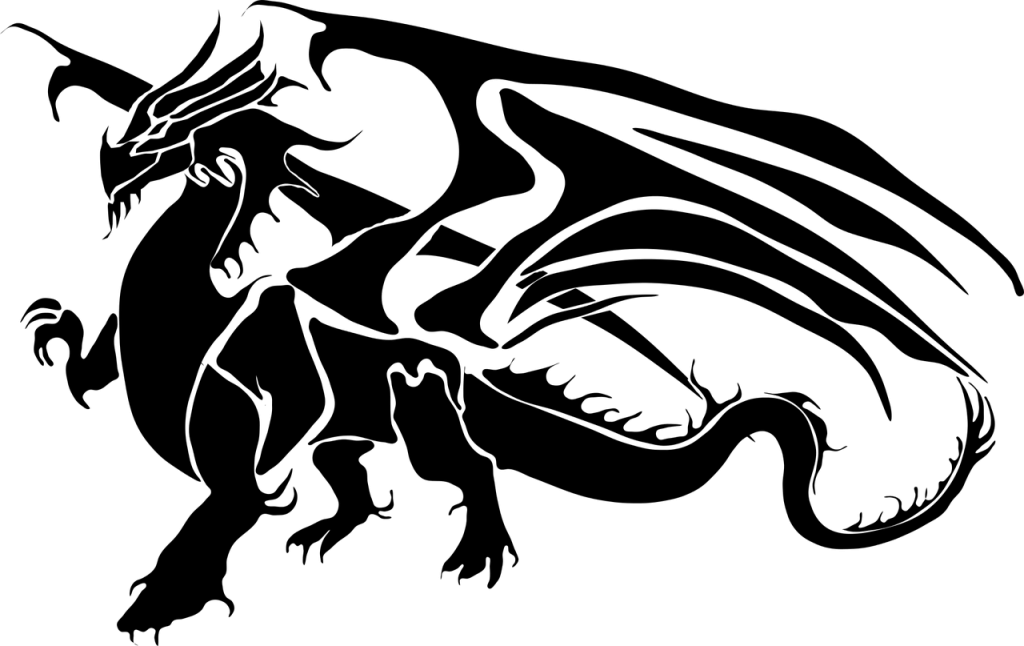 This terrible conflict finally ended in the Great Conflagration in the dwarven kingdom of Awandellar, which was devastating for dragons and giants alike, forever altering their nature and power. The devastation laid waste to the kingdom and from that day forward the great mountain range of Awandellar became known as the Bligh Mountains. Neither dragons nor giants were left unchanged by this great battle. Only the weakest and smallest among them escaped the Great Conflagration, the giants hid in the newly changed world, lessened by their defeat. 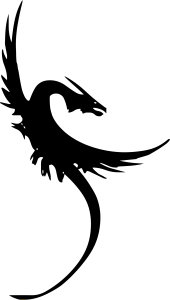 The seventeen dragons that survived decided they had paid too great a price in this war to simply return to their otherworldly role of servants and decided to make themselves masters of the world they had saved, conquering the mortal races they had defended. Thus began the rule of the Dragon Dynasties.

These seventeen bloodlines conquered the lands of Garesia, bending the will of the people that had made up the Great Army, their enemies, and even mortals whose lands were too distant to feel the full onslaught of the war. They set themselves up as rulers and created servants to enforce their will and their laws, and to do their bidding across their empires. These draconic servants spanned the gamut, from the lowly kobolds, to the foot soldier troglodytes and lizardmen, to the might dragonborn commanders ridding their wyvern mounts.

Some Draconic Dynasties were benevolent tyrannies allowing their subjects to continue their lives relatively unhindered except for the presence of the draconic servitors as administrators of overseers. Many Humans and most halflings were among these lucky few, keeping much of their way of life; the humans even continuing to follow the Great Faith. Others were not so lucky. The elves resisted but were subjugated forcefully to the will of their Wyrm Emperor, leading to many fleeing their ancestral homeland to live among the humans. Numerous half-elves were born during this time. The dwarves were forced to worship their dragon rulers, their temples destroyed, they were only able to worship their ancestors in secret rituals. If discovered they were put to death. Others such as the orcs and the goblins were conquered and ruled by Dragon Dynasties given over to darker instincts, and their subjects became even more dangerous and bloodthirsty.

The rule of the Draconic Dynasties lasted for thirty five generations. During this time Garesia was mostly at peace except when one Wyrm Emperor warred against another, but they were usually small skirmishes on the border of their holdings. The dragon rulers established a common language spoken among their servitors and taught to all their subjects, they created a common currency that facilitating trade, but not all dynasties prospered equally and after a long peace, the Dragon Dynasties went to war.

Some say the war was sparked by one dynasty killing all the inheritors of a rival dynasty. Others that the chromatic dynasties had been driven mad by their dealings with dark elemental lords beyond Garesia, but the reason is unimportant. The dragons and their servitors were embroiled in a fratricidal war, and the mortal races of Garesia saw their opportunity. Four heroes rose among the humans, dwarves, halflings and elves. They each wielded a weapon tied to an elemental power: fire, earth, water, and air; and each led their people in revolt against the dragons. They rose up against their rulers, forming the Second Great Army of Garesia, hunting down the draconic servitors and those among them that worked for their conquerors. The Wyrm Emperors were defeated, their hold over the land broken, and the remaining dragons retreated to the Blight Mountains to regroup. 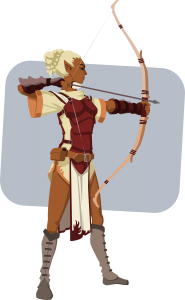 The four heroes commanded the second Army of Garesia and they killed the remaining leaders of each surviving dynasty. The Great Faith declared a holy war to rid the land of the draconic servitors and hunt them wherever they may hide, and the powerful magicians of the Circle of the Secret Masters of the Craft unleashed upon the dragons a terrible curse, sundering them once and for all from their otherworldly nature and forever making them creatures of the mortal realm. Lessened and broken the dragons scurried into the caverns and ruins of the Blight Mountains, the mortals that still fought for them scattered and the war against the Dragon Emperors came to an end.

Humans had for the most part forgotten the kingdoms of old; so many new kingdoms arose in their lands. The elves expunged the draconic influences from the Mist Sea Forests; the dwarves rebuilt their temples to their ancestors and fired their hearths to forge anew in their honor. The halflings returned to their placid lives, quickly forgotten when not seen.

So has Garesia rebuilt upon the ruins of the old draconic empires. Fifteen human generations have passed, but the influence of the past is still felt even among them. To the longer lived races the memory of the oppression is still fresh, and they grow weary of the humans that call themselves the Wyrm Worshipers who seek to rebuild the power of the fallen dragons.

Ok this seems like a good point to stop. On the next post (which should be ready in the next couple of days) I’ll go into my notes on the classes and races of Garesia. So what do you think so far? IS this something you like or find useful? Let me know inn the comments!

Please vote for us in the Stuffer Shack SOTY contest!

Swashbucklers of the 7 Skies now available over RPGNow