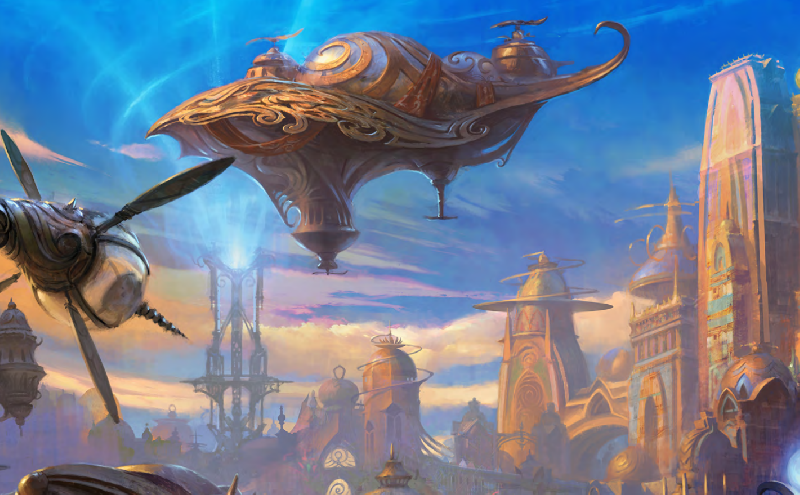 For a while now Wizards of the Coast have been releasing free material for D&D 5th Edition based on the settings they created for Magic: The Gathering. In order to use these worlds you just need the free D&D Basic rules available from the official D&D site and perhaps a copy of the gorgeous “Art of …” artbooks containing artwork and background information on these settings.

Even back in the 90s when I first played Magic: The Gathering I thought it would be cool to be able to roleplay in the worlds hinted at on the cards. Sometimes an image or a quote summoned up whole worlds with strange artifacts, bold heroes and impressive magic.  And finally WotC has actually done just that and released free material for three of the Magic: The Gathering worlds: Innistrad, Zendikar, and Kaladesh.

Unfortunately finding anything on the WotC site is a chore, so I did the work for you and provide you with the direct links to the PDFs below, accompanied by a quote from the world descriptions.

The setting documents are meant for D&D 5th Edition, but I am pretty sure you can easily convert the material to older editions of D&D or simulacra thereof. Enjoy!

Get Kobold Quarterly #14 for free