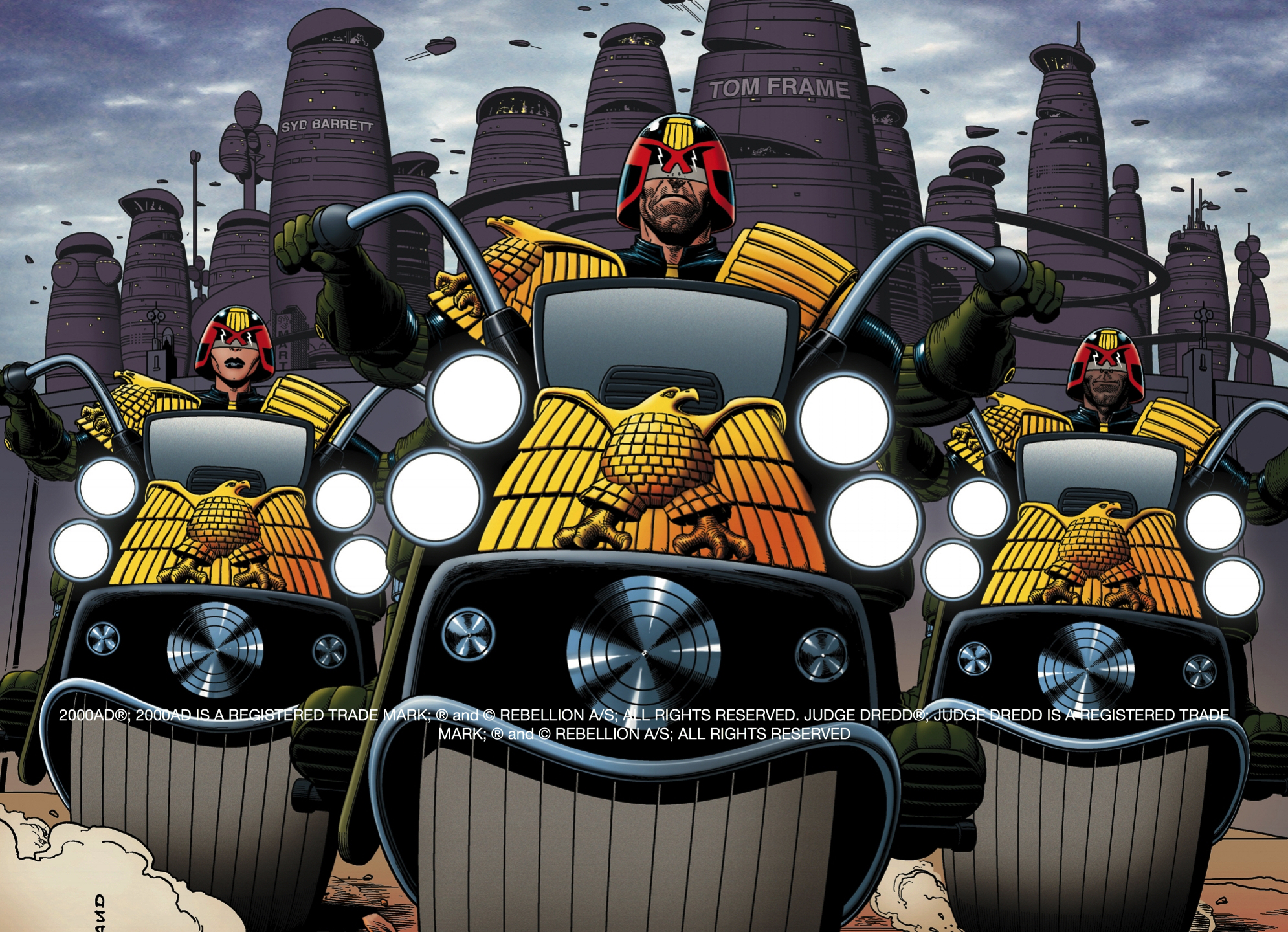 A couple of days ago I got an email by Angus Abranson with a press release from EN Publishing. It was about their acquisition of the 2000AD license for tabletop roleplaying games. Wow, that’s a big one. For one I didn’t know Angus was involved with EN Publishing and secondly this might push EN Publishing more into the limelight.

I have to admit that I never paid much attention to EN Publishing’s products. For the most time they were for the d20 System which I wasn’t that interested in at the time. Their W.O.I.N. (What Old Is New) System managed to intruige me, but unfortunately it felt a bit too rules-heavy for my tastes.

The 2000AD license obviously includes the rights to use all 2000AD properties including but not limited to the infamous Judge Dredd. This might also be the one franchise most international gamers are familiar with and most interested in. So it’s no surprise that the core rules will be written with Judge Dredd in mind and future supplements will allow you to run games in other 2000AD settings.

The Judge Dredd & The Worlds of 2000 AD Tabletop Adventure Game (wow, that’s a mouthful!) will be powered by EN Publishing’s W.O.I.N. rules, which is really no big surprise. Again, I wasn’t really thrilled about this particular rules system, but I might give it another chance if reviews of the Judge Dredd game are favorable.

Overall this is a very interesting development. Let’s just hope that EN Publishing has the means and the talent to do the worlds of 2000AD justice – but I am cautiously optimistic.