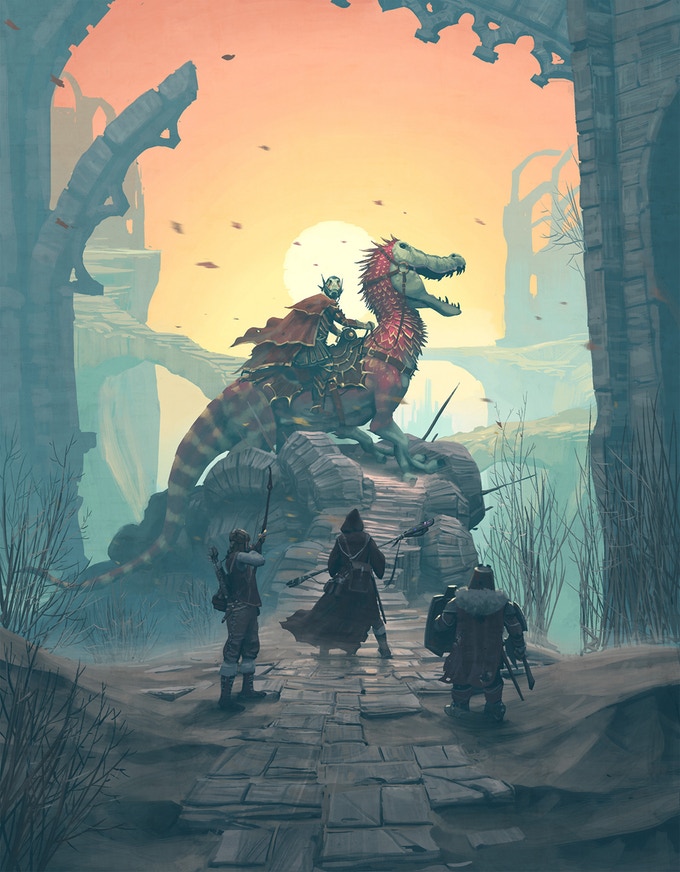 I am taking a short break from my vacation to talk about something I am very excited about. Fria Ligan, creators of games like Mutant: Year Zero, Tales From The Loop, and Coriolis are creating a new fantasy RPG. They are currently raising money for this project on Kickstarter and at the time of this writing they have far surpassed their initial goal of 100.000 SEK (which are about 10495€ or 12453$).

From what I’ve gathered Forbidden Lands will take what made Mutant: Year Zero that great and adapt it to a fantasy setting. The game will the simple ruleset used in Fria Ligan’s other games and the focus of the campaign will be on the player characters making their own mark on the land. Like in Mutant the characters will explore the lands hex by hex, overcome dangerous enemies, and stumble upon more elaborate adventure sites. It’s basically a ready-made sandbox campaign. Over the course of the campaign the characters may eventually be able to create their own stronghold.

The Kickstarter still runs until October 12th and Fria Ligan has a very positive track record when it comes to Kickstarters. If you’re interested on their approach to fantasy sandbox gaming you owe it to yourself to give this KS project a look.