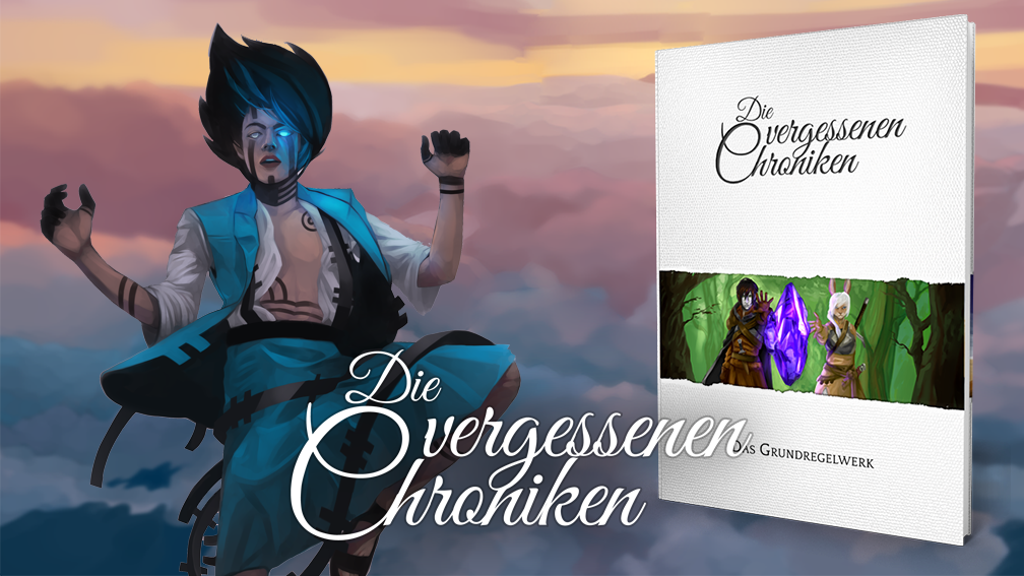 Recently Kendel Ventonda contacted me and let me know about the “Nothing Stays Forgotten” Kickstarter project. The roleplaying game has already been released in German under the name “Die Vergessenen Chronicles” a while ago. It’s obviously a fantasy roleplaying with original mechanics and a setting trying to avoid the more common tropes. Like in the (in)famous Talislanta, there are no humans (not 100% sure about that), no elves, no dwarves, etc. They are running the Kickstarter to raise funds for an English-language version including PDFs and hardcover books.

Personally I am not that interested in the project, since I have way too many unplayed RPGs in my collection already, but your mileage may vary. The artwork shown on the Kickstarter page is pretty cool, the mechanics sound reasonable (it uses a dice pool system), and it’s nice to see another German game trying to reach a wider audience. I am also sure that some of you will appreciate the non-standard fantasy setting.

The goal is to raise €16.000 within the next 45 days. At the time of this writing 16 people have backed the project so far and about €1000 have been raised. For more information, please check out the Kickstarter page.