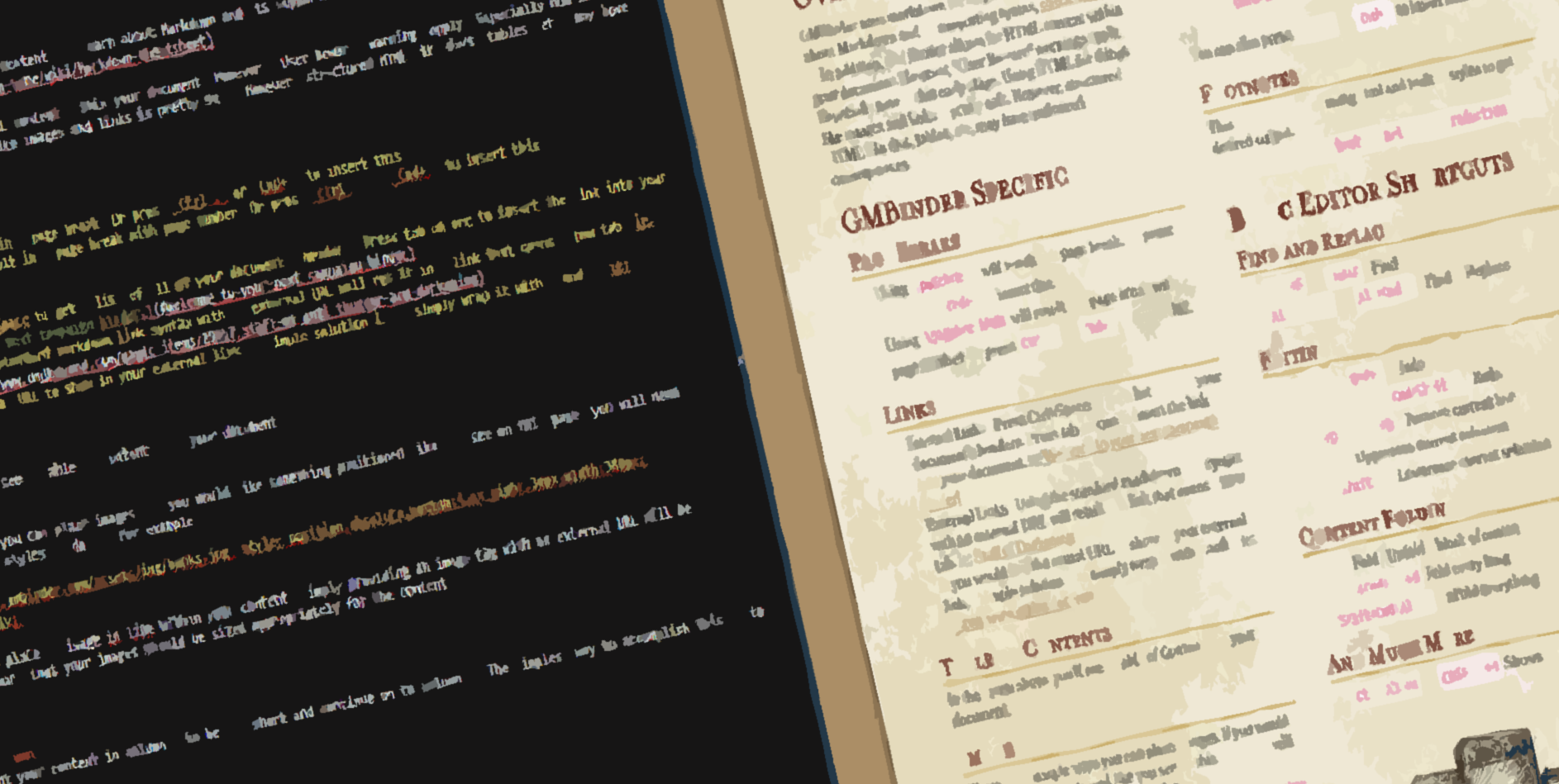 You might have had the same problem as I faced a couple of days ago. I wanted to create a short primer for my upcoming campaign for my players. I already had some ideas on what I wanted to write, and I knew I wanted it to look great, so that they might actually be reading it, but I wasn’t really in the mood of tinkering with QuarkXPress (or any similar software all day). That’s when I remembered GM Binder.

GM Binder is an online tool which is just awesome if you want to quickly create good looking documents for your D&D game. It uses a version of Markdown, a simplified markup language which is easy to learn but quite powerful. With the GM Binder editor you write your document in one window using the aforementioned Markdown language and in another window you can see what the final document will look like. If you are familiar with HTML or a similar markup language you should feel right at home. 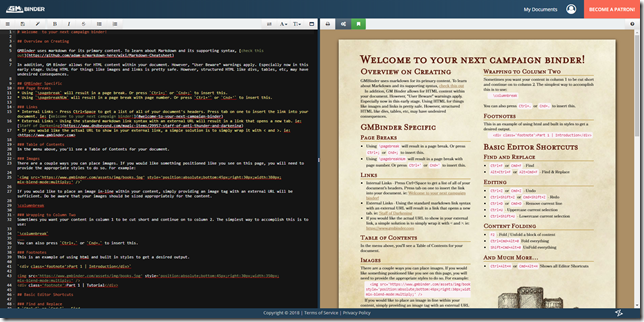 The resulting document can be shared via a link, can be exported as a PDF, or can be printed. The basic theme is based on the look of the current D&D 5E core rulebooks, but you can easily switch to another theme using so called “Snippets”. If you’re fluent in CSS you can also create your own theme or tweak the existing one.

Snippets are actually quite handy. There are snippets for inserting a cover image, for stat blocks, tables etc. With just a few button presses pregenerated elements are quickly inserted into your source code which can then customized by you. If you are not afraid of code, GM Binder is a great tool for quickly creating good looking documents for your D&D game (or any other game). The learning curve is definitely less steep than in professional desktop publishing tools and the results are quite impressive.

Listing all the features and a deeper look at all available snippets is beyond the scope of this post, so I recommend you check out GM Binder yourself. There are a couple of great example documents available and there’s an active community on Reddit.

GM Binder is free but you can support the creators on Patreon. I also should mention that there’s a similar tool called Homebrewery which shares a lot of GM Binder’s features. After trying out both I stuck with GM Binder because it was easier to use. If you’re looking for a tool which allows you to turn your homebrew material into a gorgeous-looking document, you definitely should check out both GM Binder and Homebrewery.