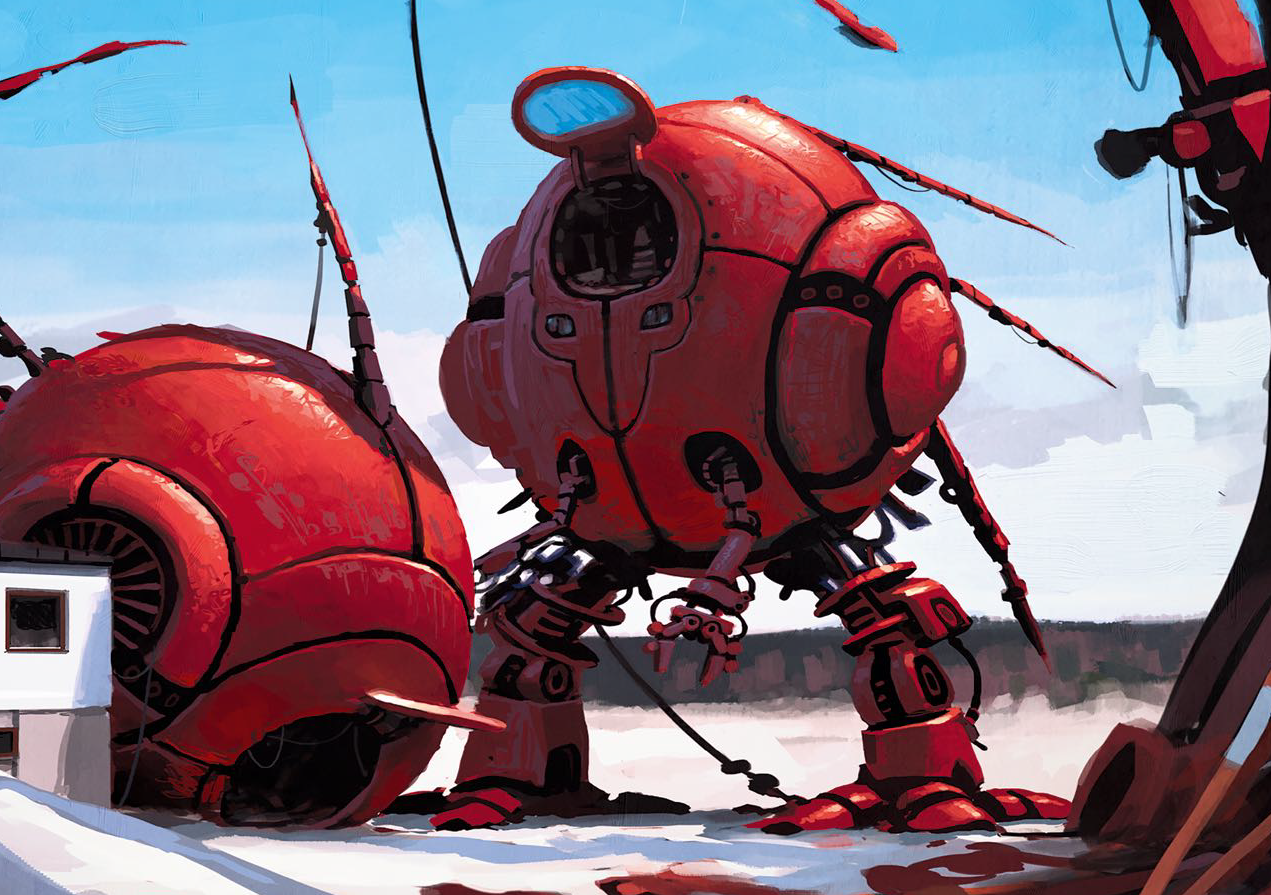 Tales From The Loop has been one of my favorite roleplaying games of 2017. Funded in a highly successful Kickstarter campaign it quickly took gamers’ hearts by storm. Amazon even acquired the license to turn it into a TV series. What makes Tales From The Loop special is the artwork by Simon Stålenhag, which combines 1980’s nostalgia with science fiction elements. The protagonists in both his art and the game are kids, which also explains why so many people draw parallels to Netflix’ highly popular series Stranger Things. To learn more about the game, I recommend to check out my review. 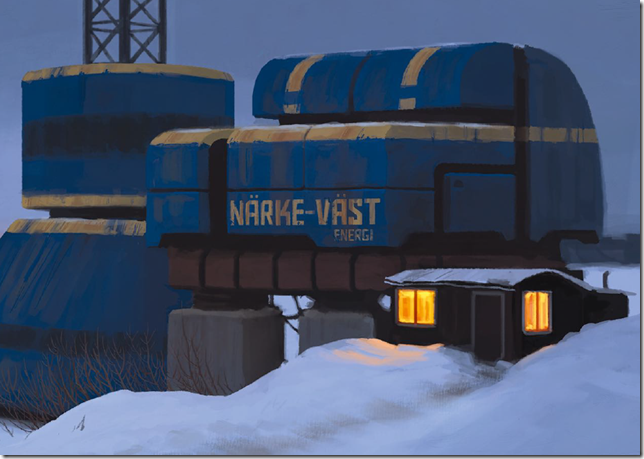 Before going into any details I want to thank Free League Publishing for providing me with a complimentary copy for the purpose of this review.

Our Friends the Machines & Other Mysteries is the first supplement for Tales From The Loop. The 107-paged book contains three new mysteries (adventures) for the game, eight short mysteries inspired by popular songs from the 80s, machine blueprints and guidelines on how you can turn your hometown (or any town) into a setting for the game.

As with the core rules every adventure is written with both the Swedish and the US setting in mind. If something differs in the US setting from the default Swedish one, details are given in parenthesis. Usually it’s just the names which are different.

The three full adventures all start with a section on the adventures’ background. The GM gets all the information upfront. This section is usually followed by a section about the differences in both official settings. If you decide to use your own town as setting, you’ll have to make some adjustments themselves. All adventures also feature section on who to introduce the mystery to the players and how to get the kids (the game’s protagonists) to get involved. There are also simple diagrams who show an example on how to best structure your game. I’ve included one of those diagrams below, but changed it slightly to avoid spoiling anything. 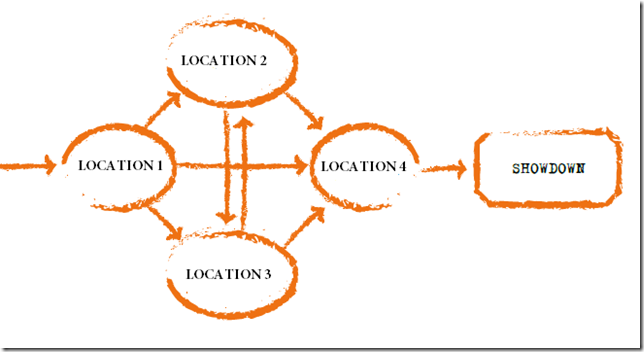 The adventures are all location-based and not scene-based which makes it easier to avoid railroading. The kids are free to explore and at each location there are clues to find and trouble to overcome.

Each location is described in some detail and maps are provided. If you glance at the diagram you might get the impression that whatever the players do, the adventure has to conclude with the same outcome. That is not the case. The showdown section gives various examples on how the adventure could end depending on the players’ actions. NPCs and monsters are described at the end of the adventure and are not scattered throughout it. 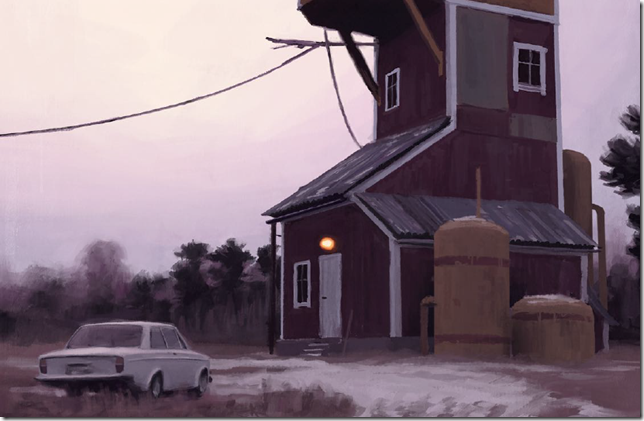 Reviewing is – at least in my opinion – incredibly hard, since you have to avoid spoiling to much. Let’s just say that the full-length adventures included in the book “Our Friends The Robots”, “Horror Movie Mayhem”, and “Mummy in the Mist” deal with subjects like mind control, robots, and science gone wrong. So it’s pretty much what you expect from a proper Tales From The Loop mystery. 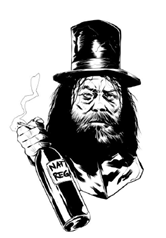 The Mixtape of Mysteries chapter of the book contain eight short mysteries or locations which you could use as “side quests” or they can easily be fledged-out into a full adventure. They can also easily be integrated in a sandbox campaign. The mysteries are inspired by the following songs: “Sweet Dreams (Are Made of This)”, “Every Breath You Take”, “Girls Just Want to Have Fun”, “Where is My Mind”, “Nightrain”, “Forever Young”, “Thriller”, and last but not least “Heaven is a Place on Earth”. These short mysteries come with hooks on how to get the kids involved, maps, new NPCs, and more.  Good stuff!

One of my favorites in the book are the blueprints. Actually this chapter not only contains the blueprints for for iconic machines from Tales From The Loop, namely two robots and two magnetrine vessels, but also background information, and tips on how to include these machines into your mysteries.

The last chapter of the book is all about making Tales Of The Loop your own. You can make your own hometown into a Tales From The Loop setting, or you can use any town your players are familiar with. The important part is that the city is not too big, and if so, you should focus on a smaller part on it.

The book gives tips on how to define the area you want to explore and how to prepare a map for your game. Placing the Loop is another important step, since it is what makes the town special. You also need to decide which government agency is running the show. The whole process is explained step-by-step and as an example the Norfolk Broads Loop is given. A map of the area is provided.

Before coming to a conclusion, I want to talk about the overall look of the book. It is definitely on par with what we got to expect from a Free League product. The layout and art design is identical to the one from the corebook, and the included artwork is phenomenal. I’ve noticed at least one piece of art that has been reused, but this is only a very minor quibble.

The book is available digitally through RPGNow, but you can also get print+PDF bundles from stores including the official Modiphius and Free League one. The PDF sets you back €14.30 or your local equivalent. The hardcover book costs about €28 and includes the PDF version. And I am now off to create my 1980s mixtape… ^_^

Oldies but goodies! Some great digital game supplements for the New Year…