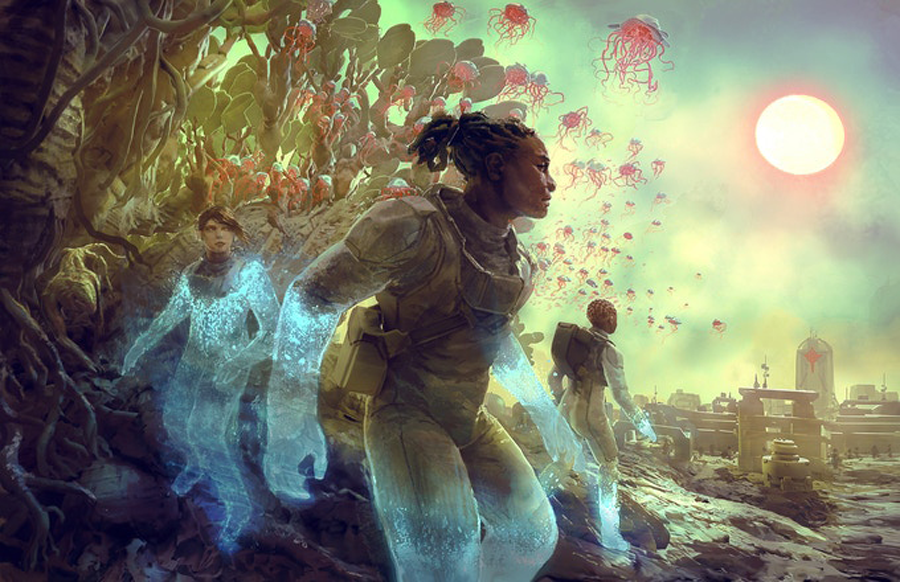 In Aberrant you’re a nova, a group of people who suddenly developed superpowers. These powers come from the nova’s ability to manipulate energy at a subatomic level. Unfortunately these powers come at a price. Novas suffer from the Taint, which is ultimately a side effect of their quantum manipulation which causes physical and mental defects. The game mostly focuses on the conflict between the super-powered novas with each other, the effects of the Taint, and how society reacts on people with quasi godlike powers.

Trinity is the direct sequel (even though it came out a few years earlier). The novas have caused tremendous destruction on Earth and eventually left Earth into deep space. While still recovering from the trauma of the war caused by the aberrants, which the novas are then called, new technologies were developed and a new breed of super-powered individuals emerged. These “psionic” abilities have to be awakened through a technological process, are much more limited in scope and power, and don’t seem to come with the Taint afflicting the novas. Six Psionic Orders have formed which focus on one aspect of Psionics each and they are at the forefront of defending Earth and exploring space.

Both games use a modified version of White Wolf’s Storyteller System. I’ve run Trinity back in the late ‘90s and while the system has quite a few fiddly bits, things ran pretty smoothly. Onyx Path currently working on a new edition of the Trinity Universe games, but these two Bundles of Holding are a perfect opportunity to pick up these two classic if underrated game lines for a very reasonable price.

Chronicles of the Four Dragons