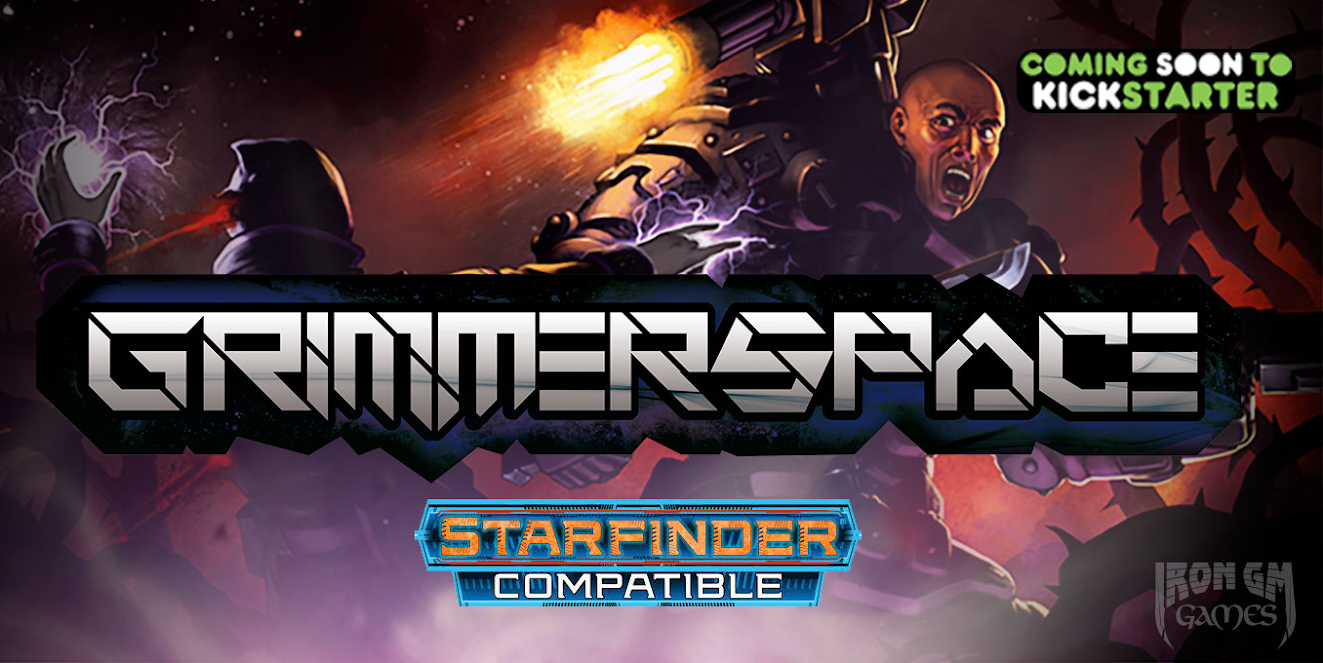 It seems the folks at Modiphius are on a roll right now. Recently I shared news about their upcoming Fallout RPG and the new Achtung! Cthulhu edition for Call of Cthulhu 7th Edition. They also just released a huge number of miniatures and books for their new John Carter line. So it’s probably no surprise that I put the news about a new setting for Paizo’s Starfinder to the side for a while.

This upcoming setting is called Grimmerspace and will be co-written by none other than Sean Astin of Lord of the Rings and Stranger Things fame. I was actually quite surprised when I read this bit of info in the official press release since I didn’t know Astin was a roleplaying game fan.

The game will be designed by Iron GM Games (Lou Agresta and Rone Barton), and Modiphius will act as a worldwide distributor. Fitting the theme of Starfinder, Glimmerspace will be a science-fantasy setting in which high technology and magic coexist. Personally I am not that interested in Starfinder-related stuff, but I still thought this news might be of interest to some of you.

If you are looking for more information on Grimmerspace and the upcoming Kickstarter to fund it, check out their official website.